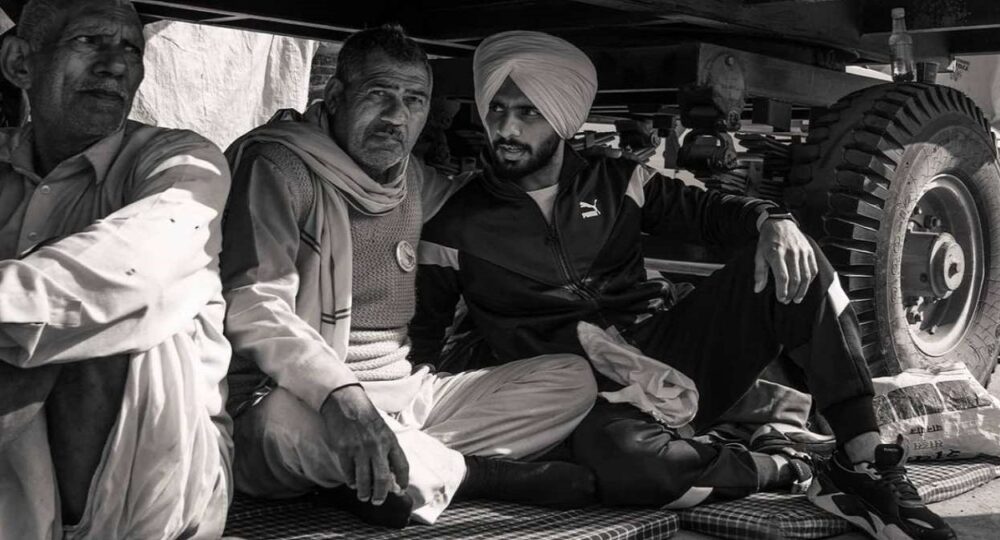 The protests by farmers are against The Farmers’ Produce Trade and Commerce (Promotion and Facilitation) Act, 2020, The Farmers (Empowerment and Protection) Agreement on Price Assurance and Farm Services Act, 2020, and The Essential Commodities (Amendment) Act, 2020.

Expressing his solidarity to the protests, Mandeep told TOI: “I went there to show my support to all the senior citizens, who are peacefully protesting in this biting cold”.

Mandeep joins an increasing list of high profile personalities from the state to extend their support to the protests.

In support of the protests, boxer Vijender Singh lend his voice to the farmers, while Punjab boxers Kaur Singh, Gurbaksh Singh Sandhu, and Jaipal Singh previously having decided to return their Padam Shri, Dronacharya Award, and Arjuna Award respectively.

“If my father would have been alive, he would have also joined the protests. He must be a proud father because his sons did their bit,” he said as quoted by TOI.

Mandeep was joined by his elder brother Harvinder Singh at the Delhi border.

Thousands of farmers from Punjab and Haryana took to the roads and have stayed at various Delhi border points for over a week, protesting against the new farm laws.

The law which the farmer’s fear will dismantle the minimum support price system, leaving them at the “mercy” of big corporates.