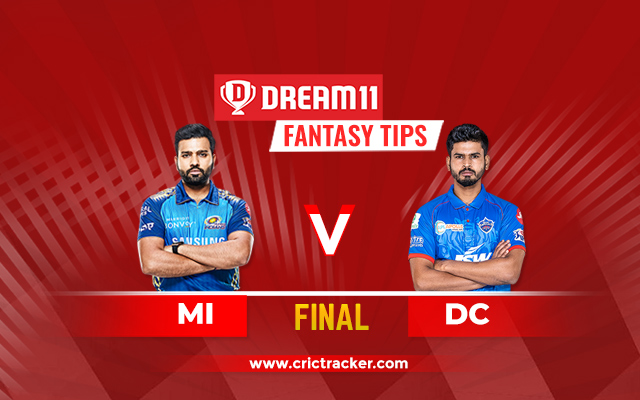 Final of Indian Premier League (IPL) 2020 will be played at the Dubai International Cricket Stadium, Dubai, between Mumbai Indians and Delhi Capital.

The game is scheduled to begin at 07:30 PM IST (06:00 PM local time) (2:00 PM UTC). The game will be broadcast on Star Sports Network (available in English, Hindi, Telugu, Tamil, Kannada and Bengali). Also, live streaming will be available on Disney + Hotstar.

After a stellar performance in 59 matches in the 13th edition of the Indian Premier League (IPL), we have got two of the best teams in the tournament, fighting it out in the finals. The Mumbai Indians (MI) have been singled out to say the least, and nearly all of their players have contributed to winning this season. On the other hand, the Delhi Capitals have played some great cricket and beat Sunrisers Hyderabad (SRK) to advance to the finals.

Led the team Shreyas iyer The second half of the league stage lost its steam. But they have managed their game in two of the last three matches. Saying that, DC has lost all three of their matches against MI this season to a great extent and the first qualifier was also an aberration where they lost their three wickets and did not get any runs on the board.

Amazingly it rained in Dubai two days before the final. But the sky is expected to remain clear and the temperature will be around 29-30 degree Celsius during the match.

Dew has played an important role in this IPL, especially in the last few matches. Once again the captains have to be kept in mind but given the fact that it is in the final, both teams will bat first after winning the toss. Interestingly, both sides won their last game in first batting and big batting.

Shikhar Dhawan Still in Orange Cap race and KL is only 67 runs away from Rahul. He has scored 603 runs so far and is scoring a brilliant half-century against SRH.

Suryakumar Yadav There is definitely a player to watch out for in this game. He has scored 461 runs so far and will be the key to the defending champion yet again.

Kagiso Rabada Is back between wickets. He took four wickets to stop his progress in the second qualifier against SRH and has taken 29 wickets so far.

Jaspreet Bumrah The bowler for MI is behind Rabada in the Purple Cap race. He has taken 27 wickets so far and was sensational with the ball in the first qualifier. 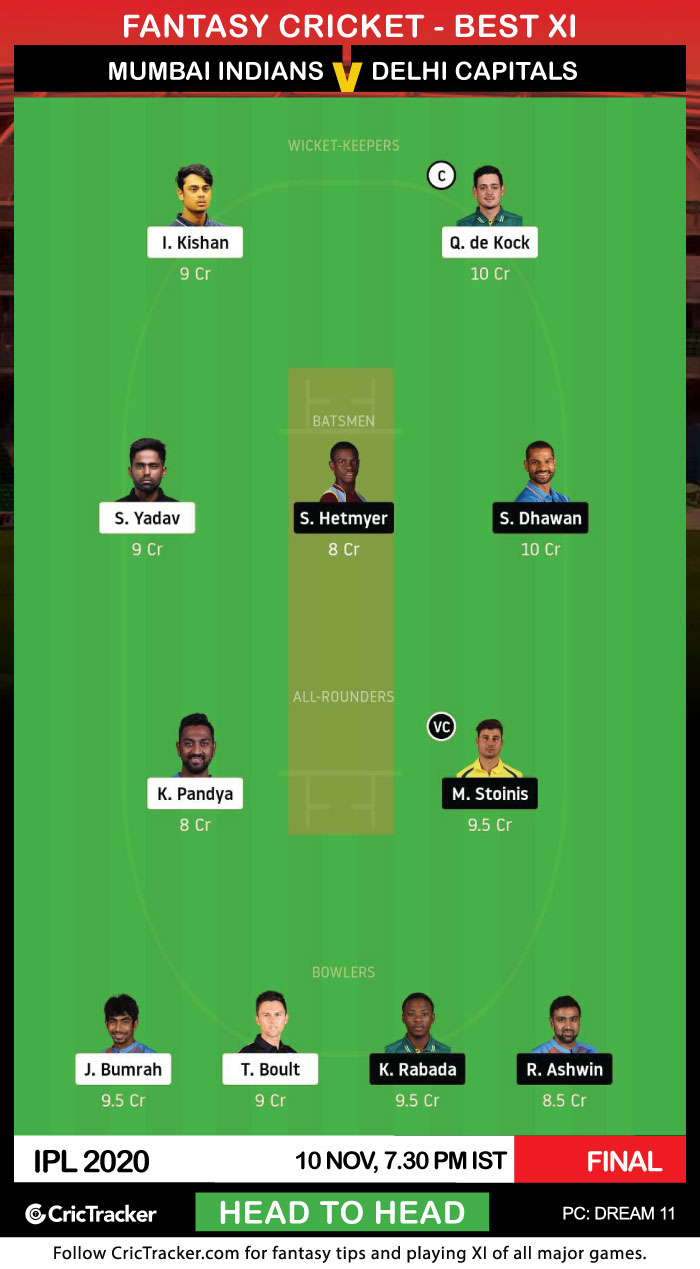 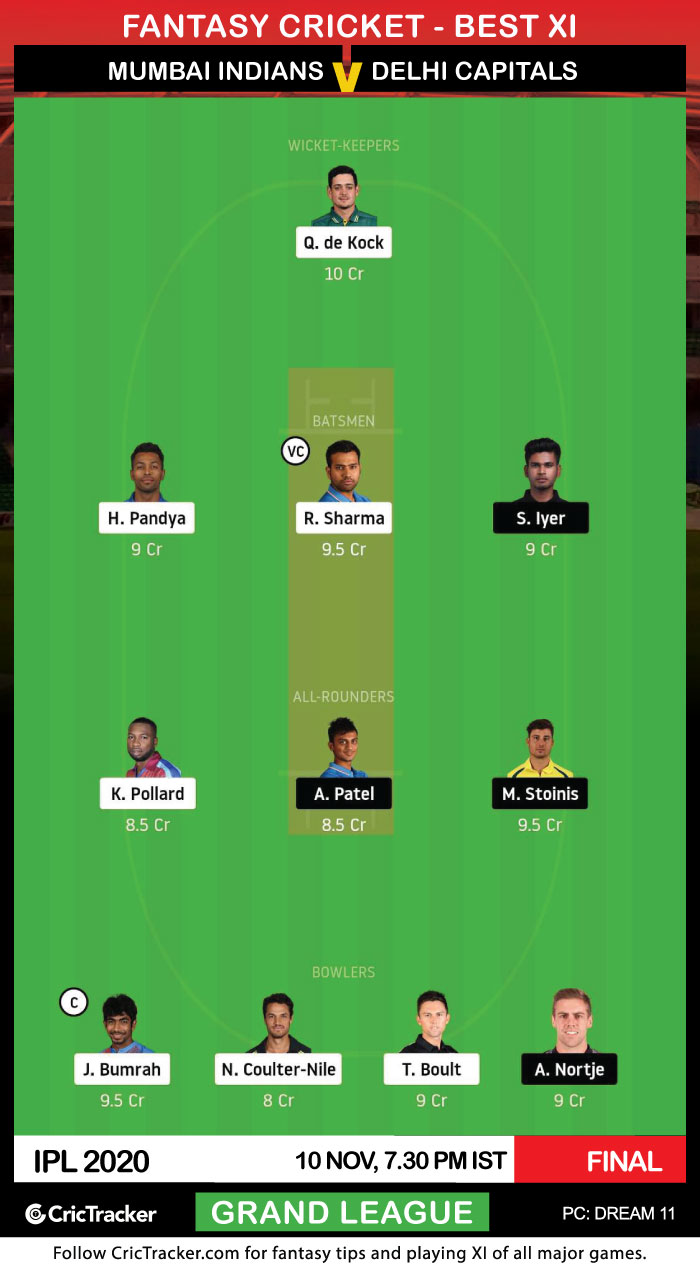 Ravi Ashwin took three wickets for just 29 runs against MI in the first qualifier. He will again be important to the Capitals and could be made a VC in the Grand League.