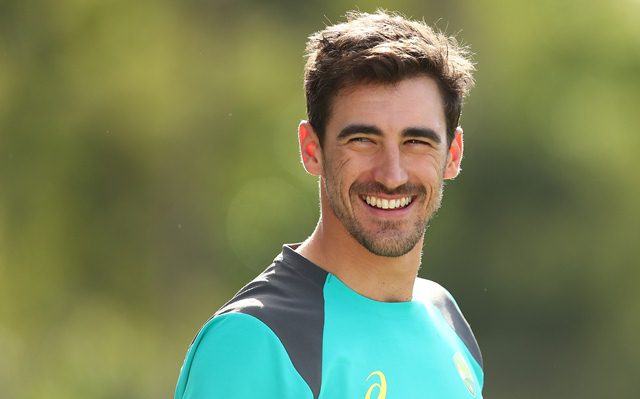 There have been a lot of rumours circulating in the media at this time regarding the IPL 2020. Some reports have suggested that the tournament will take place in October or November. However, if this happens, the ICC Men’s T20 World Cup 2020 might be postponed. The tournament is currently scheduled to be held in October and November in Australia.

However, there have been questions whether the Australian players would take part in the IPL if it happens in October and November. The thing is the domestic season in the country would have been started by then, so here rises the question which one will the players choose.

Australia speedster Mitchell Starc opened up about this. According to him, he doesn’t have an issue if players choose to play in the IPL 2020 ahead of the domestic home season.

While expressing his views on this matter, the left-arm pacer was firm with his words. He said that he doesn’t see a problem as these are existing contracts. However, he also pointed out that it should be the decision of the player himself.

“Do I have an issue with it? I don’t think so. They’re pre-existing contracts. There’s a lot of things that would have to go into that I assume. Cricket Australia would have to clear those guys so if they’re clear to go, I don’t see a problem with it,” cricket.com.au quoted Starc as saying.

“They’re pre-existing contracts and they would have been playing anyway. There’s obviously a different hurdle of domestic cricket there. It’d be an interesting decision, not one I’d have to make, so I’ll let them make their decisions” he added.

Starc doesn’t have an IPL contract at this moment. He was bought by Kolkata Knight Riders (KKR) before the IPL 2018. However, injuries have kept him away from the league for the past two seasons.

KKR finally released him ahead of this year’s auction. He, in turn, benefitted his teammate, Pat Cummins, who was bought by the franchise for a record sum of INR 15.5 crores.

When asked about whether he would want to be part of the league, Starc said, “I’d consider it, I’d think about it. Obviously it’d be right at the start of our domestic season as well so it’d be a fair bit to consider. But I don’t currently have a contract, so I currently don’t have to worry.”

Former Australian cricketer Ian Chappell recently had said that he would want the top cricketers from Australia to prioritise domestic cricket ahead of IPL. Players like Steve Smith, David Warner, Glenn Maxwell and Aaron Finch have highly-paid contracts with the IPL franchises for this season.