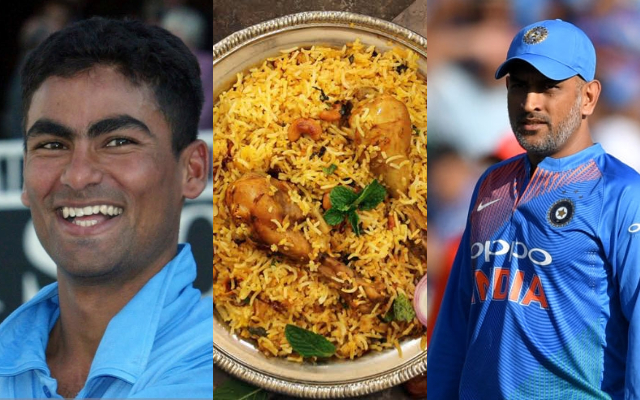 Mohammad Kaif was at the peak of his career when MS Dhoni made his international debut in 2004. But the former lost his place in the side in a couple of years only to not make a comeback again. Kaif last donned the blue jersey in 2006 and retired from competitive cricket in July 2018.

The ongoing lockdown has led to him also giving a few interviews through Instagram live sessions. In one of his recent interactions, the Uttar Pradesh cricketer recalled the time when he had invited the whole Indian team to his home for dinner. He was hosting the players for the first time and remembers how he got nervous while attending his teammates like Sachin Tendulkar and Sourav Ganguly among others.

“I invited all Indian cricketers to my house in 2006 in Noida. Greg Chappell, Sourav Ganguly and many others were invited and I was nervous about how to take care of such big personalities. I was busy with Sachin and other big players at that time,” he said while speaking to SportScreen.

Mohammad Kaif, however, still remembers how he couldn’t attend the then juniors properly. The likes of MS Dhoni, Suresh Raina among others were sitting together in a different room but Kaif was busy with the senior players itself. Moreover, Dhoni also funnily taunts him that he didn’t look after him when he came home.

Kaif, while speaking about it, hilariously said that not serving Biryani properly to Dhoni who became India’s captain in 2007, cost him his comeback in the national team. Kaif, after 2006, was sidelined from the Indian team and never played again. “Juniors MS Dhoni, Suresh Raina and others were sitting in one room and seniors like Sachin, Ganguly were sitting in another room, I spent most of my time sitting with seniors, without giving proper attention to juniors.

“MS might have felt that I didn’t look after him properly as a host. Probably, that was the reason why I couldn’t make a comeback when MS Dhoni became captain in 2007 (laughs). He always reminds me saying ‘I came home and you didn’t look after me properly’,” Kaif funnily said.

BCCI and ICC get involved in a heated exchange of emails over ...