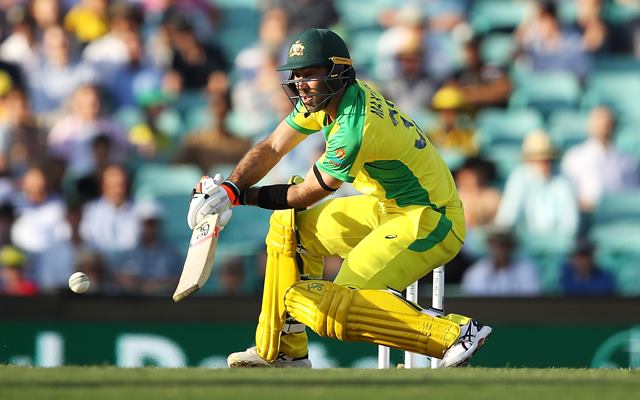 Most teams to look for Glenn Maxwell in next IPL auction: Michael Vaughan

Former England cricketer Michael Vaughan said that Glenn Maxwell would be one of the most likely players in the Indian Premier League auction for the 2021 edition. In the IPL of 2020, playing for Kings XI Punjab, Maxwell could not make much impact and he did not hit a single six, raised a lot of eyebrows. However, the Victorians found their mojo back in the colors of Australia.

In one day against IndiaThe right-hander scored 167 runs at an average and strike-rate of 83.50 and 194.18 respectively. He also hit 12 fours and 11 sixes – the most by any batsman in the series. Vaughan said that the Australian team has provided Maxwell with a suitable slot, where he can come and give clean bowling to the opposition bowlers.

“I don’t think there’s any white-ball team in the world that Maxwell wouldn’t want. I’m pretty sure that next time in the IPL auction, most of the teams will be looking for Maxwell. Look at what Australia has done, they made the right place for him. Have found – No. 7, and I don’t think they’ll push that much forward, until they apparently get away from the fliers, “Vaughn told Cricbuzz.

In addition to his power-hitting skills, Maxwell is also acrobatic as a fielder and makes it difficult for batsmen to get the ball away from him. Vaughn also thinks Maxwell is a good enough fielder who can easily save significant runs in the outfield.

He said, I think his fielding is quite guaranteed that he can save 5 to 10 runs in the field. Therefore, he is already in my eyes when he goes to bat. 10. I mention that most of the batsmen start at zero, Maxwell starts at 10 because he is good on the field, ”he said.

“As I said there is no team in the world that doesn’t want Glenn Maxwell to be the one he brings around,” Vaughn said.

MS Dhoni tells me that if we take the match to the ...