✕
Copyright © CricEarth 2020.
Monday, December 5
Home » News » MS Dhoni tells me that if we take the match to the end, a lot can be scored: Ravindra Jadeja 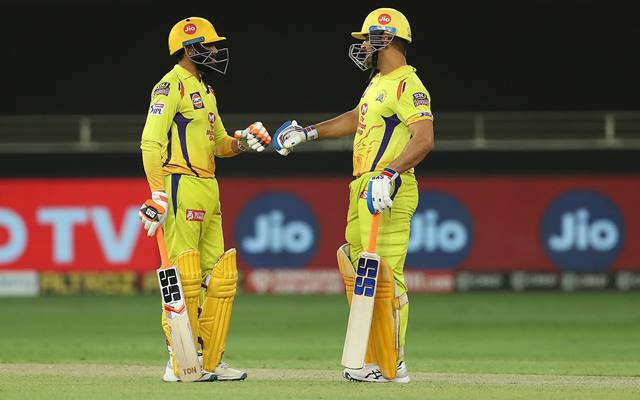 MS Dhoni tells me that if we take the match to the end, a lot can be scored: Ravindra Jadeja

Indian all-rounder Ravindra Jadeja credited former Indian cricketer, MS Dhoni, as he smashed 66 off 50 balls in the match against Australia in the third and final ODI. Jadeja came to bat when the Men in Blue were piling on 152/5 after 32 overs. But from there he played an unbeaten innings of 150 runs. Hardik Pandya, Who scored 92 off 76 balls.

Jadeja said that 39-year-old Dhoni has advised him to take the game to depth till the last five overs when a lot of runs can be scored. In the last 10 overs, India scored 110 runs, taking their final score to 302. Saurashtra-born Jadeja said that playing with Dhoni has helped him to a great extent in learning the art of strategic learning.

“Absolutely, Mahi Bhai has played for India and Chennai for so long and he has a set pattern that he tries to form a partnership with whichever batsman is playing and once he is set, he will be big. Sees to play shots, ”Jadeja was quoted as saying during the post-match interview with Sony Sports Network.

“So, in my opinion, watching him bat many times under such circumstances and I have played with him as well. He told me that if we take the match to the end, a lot of runs could come in the last four to five overs.

“It was the same situation today and this is what we tried, Hardik and I were talking that we could take a chance in the last five overs because one side was short, so that was the plan,” he said.

During the partnership, it was Pandya who started playing big shots. Jadeja also took a single wicket in the last five overs. At a stage when the score around the 260-run mark seemed like a difficult task, the two gave the audience a massive score.

India Won the game by 13 runs at Manuka Oval in Canberra. Although they had already lost the ODI series before the match, the win would give them the confidence to go to the three-match T20I series.