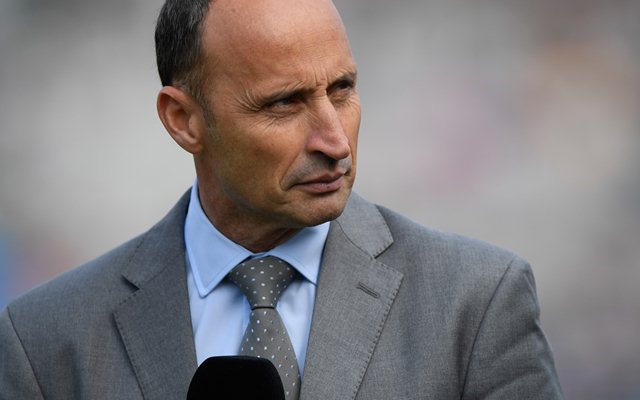 Nasir Hussain announces his IPL 2020 squad of the tournament

Former England captain Nasir Hussain has announced the tournament for his team for the IPL 2020. Cash-rich league It ended on Tuesday with the final between Mumbai Indians and Delhi Capital. Mumbai Indians won the title for the first time in Dubai by defeating them by five wickets in the final.

Playing their sixth final and fifth match in eight years, Mumbai Indians faced some difficulty in seeing Delhi. After restricting the Shreyas Iyer-led team to 156 for 7, the Rohit Sharma-led team chased down the total with the remainder of the over. Rohit scored ahead and top in the final, scoring 68 runs.

Nasir Hussain has prepared a star-studded lineup for his IPL 2020 tournament squad. For the openers slot, they have picked Delhi Capitals Shikhar Dhawan and Kings XI Punjab’s KL Rahul. Rahul and Dhawan finished the IPL 2020 as the highest and second highest run scorers respectively. Naseer picked the team for Sky Sports.

Hussain said of his openers, “It is not just the runs he has scored.” “These two openers are pleasing to the eye. The T20 is about muscles and hitting the ball but it is about stroking the ball and Dhawan and Rahul had great tournaments.

“Rahul, I think, is one of the best white ball players at the moment. He is a good lesson for any young boy or girl on how not to jerk and over-hit a cricket ball. Rahul called it Beautiful look, ”he said.

For the sixth position, Hussain picked Mumbai’s Hardik Pandya who scored 281 with a strike rate of around 180 before choosing Rajasthan Royals’ Jofra Archer as the all-rounder. Archer, who was declared the most valuable player of the season, took 20 wickets and impressed with his hitting abilities, hitting him for 10 sixes.

In the bowling department, the former England star went with three pacer Cagiso Rabada, Jaspreet Bumrah, Trent Boult and Rashid Khan as the only spinners. All bowlers took 20 or more wickets this season.

Here is Nasir Hussain’s IPL 2020 Team of the Tournament:

The PSL has suffered another major setback after more foreign players overtake ...