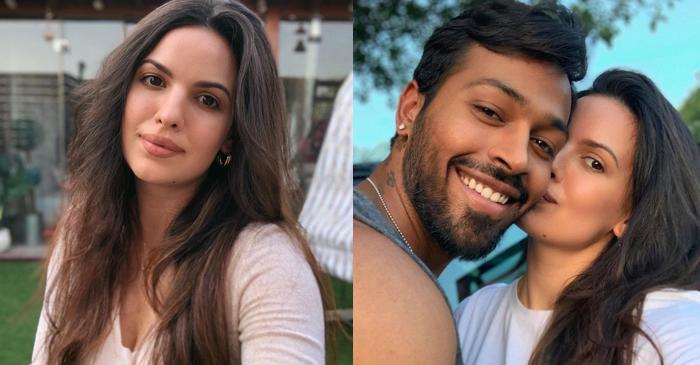 India cricketer Hardik Pandya and his fiancée Natasa Stankovic have been sharing adorable pictures and videos on social media amidst the nationwide lockdown. Just like many others, the celebrity couple is looking to kill lockdown boredom by being active on social media as they spend time together.

On Sunday, Natasa shared a picture on social media in which she is kissing Hardik”s cheek. The latter flashes his infectious smile and captures the perfect moment for the camera.

Hardik and Natasa got engaged on New Year’s Day in Dubai. Hardik”s father Himanshu had welcomed the Serbian actress into the family with open arms saying, “Natasa is a very nice girl, and we have met her in Mumbai on a number of occasions.”

The Mumbai Indians (MI) star all-rounder recently said that he is ready to play the Indian Premier League (IPL) behind closed doors as he awaits his return to the cricket field. Hardik is yet to play international cricket after his comeback was halted by coronavirus pandemic. The 26-year-old had last played for India back in September last year as he was out of action for nearly six months due to a lower back injury for which he had undergone a surgery in the UK.

During an Instagram live session with Dinesh Karthik, Hardik said that he has played in the Ranji Trophy without crowds and it feels different. He further said that if IPL is played behind closed doors, then it will be a smarter option, as people will be entertained while sitting at home.

Both Hardik and his elder brother Krunal have been a vital cog of the Mumbai camp for over the years and have helped them win the IPL titles with their all-round performances. I are currently the defending champions after winning their record fourth IPL title last season by beating Chennai Super Kings (CSK) in a nail-biting final last year.

Kane Williamson handpicks one skill he would want to borrow from Virat ...