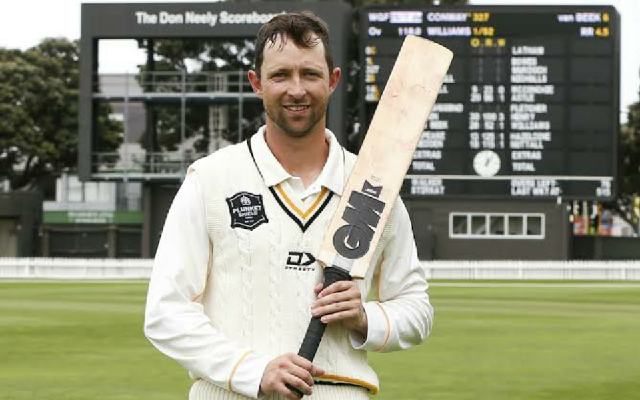 Wellington Firebirds batsman Devon Conway has earned his first New Zealand call-up for the upcoming T20I series against the West Indies. The Black Caps announced the test team for the T20I as well as the upcoming home series on Monday. The upcoming series will kickstart the New Zealand cricket season.

Along with Conway, Kyle Jamieson has also earned his first call-up to the T20 team. Earlier this year, Jamieson made his ODI and Test debut during the home series against India and impressed. The hosts have rested their captain Kane Williamson and fast bowler Trent Boult for the T20I series starting on 27 November.

Williamson and Bault both recently returned to New Zealand for the IPL 2020 after spending two months in the United Arab Emirates. He had to live in a bio bubble during the entire tournament. In Williamson’s absence, senior paceman Tim Southee will lead the team. However, Southey, Jamieson and Ross Taylor are only available for the first two T20Is.

After the first two T20Is, the trio will join an unchanged 13-man test team in Hamilton on 30 November. With the third and final T20I at the Bay Oval on 30 November, Mark Chapman, Doug Bracewell and Scott Kuggeleijn Three Tests will join the T20 squad as cover for the players.

For New Zealand to resume action, their head coach Gary Stade praised the cricket board for its effort. The Blackcaps have not played a game since the first match of a three-match ODI series in Australia in March, before the coronavirus epidemic halted the game. On the other hand, the West Indies returned to action with a Test series in England in July.

“I think we are all very aware and appreciative of how much work has gone into this house to make the summer possible – clearly what is in unprecedented times,” Stead said.

“The season schedule is complicated and for the first time when we are going to join a BlendScape test team for a test match on the same day, we are playing a T20 International in another city. We have a few different players in different stages. Have met, some of whom played domestic cricket for about a month, some later isolated IPL And battling other injuries, ”he said.

Here is the test team: