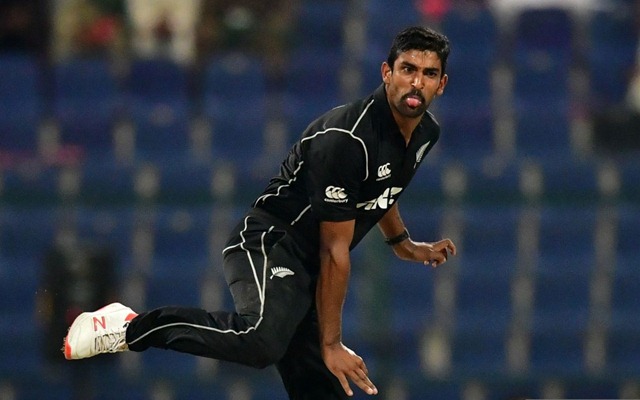 New Zealand will have to balance domestic season if IPL is held in October-November: Ish Sodhi

Ish Sodhi, the Rajasthan Royals spin consultant feels that New Zealand Cricket (NZC) will have to make some changes in their domestic season schedule if the Indian Premier League (IPL) 2020 will be held in October-November window. However, everything depends on the ICC as the T20 World Cup is scheduled to be played and reportedly is set to be postponed.

The 13th edition of the IPL was due to begin from March 29. But, BCCI postponed it to mid-April amid COVID-19 outbreak. After the Indian government extended lockdown in the country, they had to suspend the tournament until any further notice. It was a major setback for the cricket fans and players, who were eagerly waiting for the extravaganza to begin.

Now in India, the government has given some relaxations to the public in lockdown 4.0 ending on May 31. And, looking forward to the situations, BCCI thinks that they might get an opportunity to organise IPL in the ongoing year. And, all eyes are set on the ICC’s meeting that will be held on May 28 to take a final call on T20 World Cup.

In an interview, Ish Sodhi, the Kiwi spinner said that NZC always stands in the favour of IPL while adding that they will have to rethink over their domestic season schedule once again. The 27-year-old feels that NZC will surely want their players to play in the cash-rich league.

“Cricket is New Zealand’s summer game that starts in October and ends in April. I don’t know but if IPL is held in October-November, then New Zealand Cricket (NZC) needs to find out a way to balance their domestic calendar also.

“Look, NZC over the past few years have kept a dedicated window for IPL. Again, you want your best players to play domestic cricket and at the same time you don’t want them to lose out on an opportunity to play the Indian Premier League, which is easily the best T20 league in the world,” said Sodhi, who has played 17 Tests, 33 ODIs and 45 T20s, according to India Today.