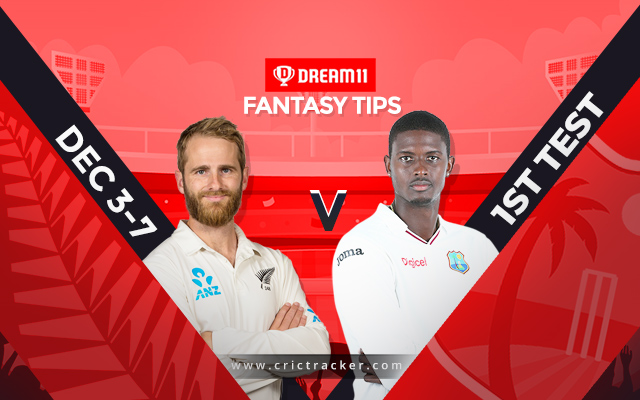 The first Test match of the West Indies Tour to New Zealand will be played at the Seddon Park Ground in Hamilton.

T20 International Series 0–0 Tournament West Indies Cricket Team Will keep his eye on improving his numbers in Test matches. But the Kiwis will step on the field with completely different intentions. They want to continue the series of victories in this series as well and complete the series win against the West Indies on this tour.

Many of the West Indies players who played in T20Is will also be seen working as whites for the team, so they will be rich in experience in terms of their game experience in the country. Therefore the West Indies team management would like to take full advantage of this fact. And, there will be a New Zealand dressing room ready for the counter-attack, where players will be ready to get on the field and play good cricket and add another trophy to their cabinet.

The pitch at this venue has historically favored batsmen and similar behavior is expected to continue in this match. Bowlers must complete most of their work in the first few hours of playing each day.

304 (from all the tests played at this venue)

BJ Watling has picked up a hamstring swallow and his availability for the game is questionable. Devon Conway is touted as his injury cover.

Top picks of NZ vs WI for today’s Dream 11 match:

Tom latham Well done for New Zealand in Test cricket, scoring consecutive runs for the team. He has played 52 matches and scored 3726 runs at an average of 42.34.

Kane williamson He is one of the finest batsmen New Zealand has ever produced. His calm and approach to batting has brought him much success. He has scored 6476 runs in 80 Tests and has also taken 29 wickets.

Jason holder The West Indies have been a boon for the team, and since the day he took over as the captain of the team, his performance has been getting better and better. After scoring 2012 runs and taking 116 wickets in 43 Tests, he is one of the most successful all-rounders to have played for the team.

Darren Bravo The tour will be tasked with handling batting duties in the middle order. And, a mixture of temperament and skill, he is expected to perform well. He has played 54 Test matches, and scored 3506 runs, with his best score being 218 runs.

Ross taylor New Zealand has been the mainstay of the batting order since the first year of his debut. With 100 Test matches experience behind his back, he is one of the most experienced cricketers to have played on this tour. He has scored 7239 runs in 101 Tests and would like to score a few more runs in his bag in this series. 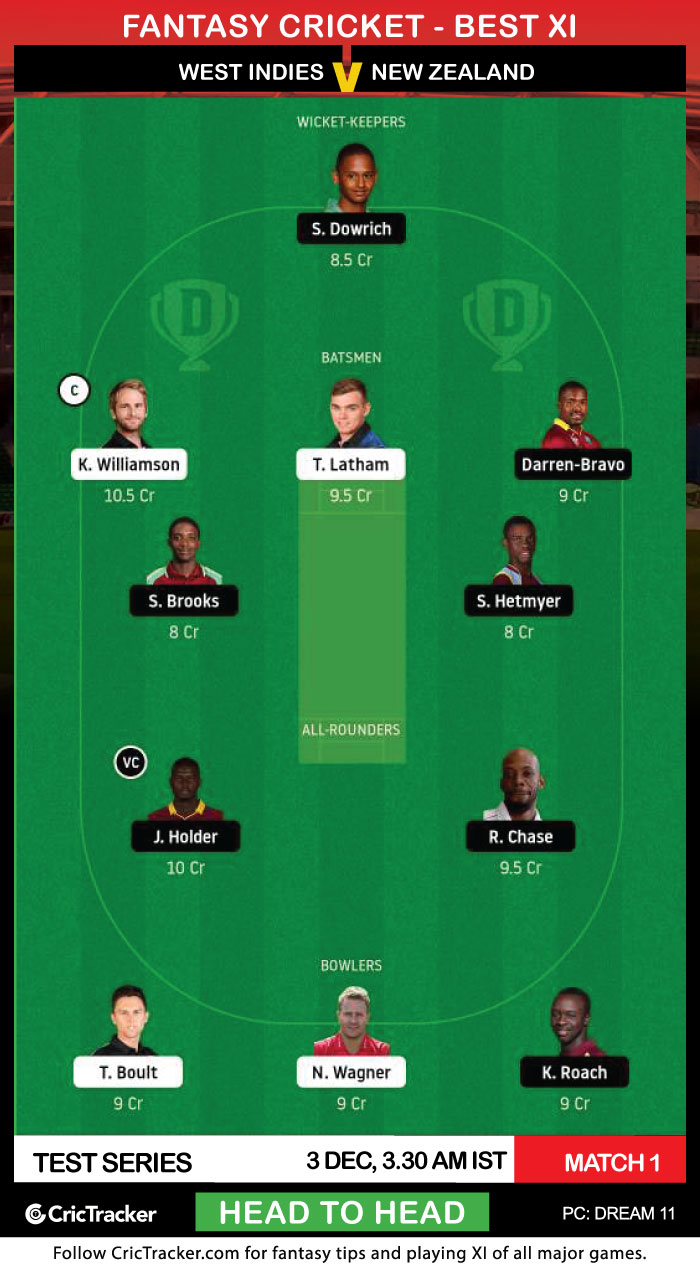 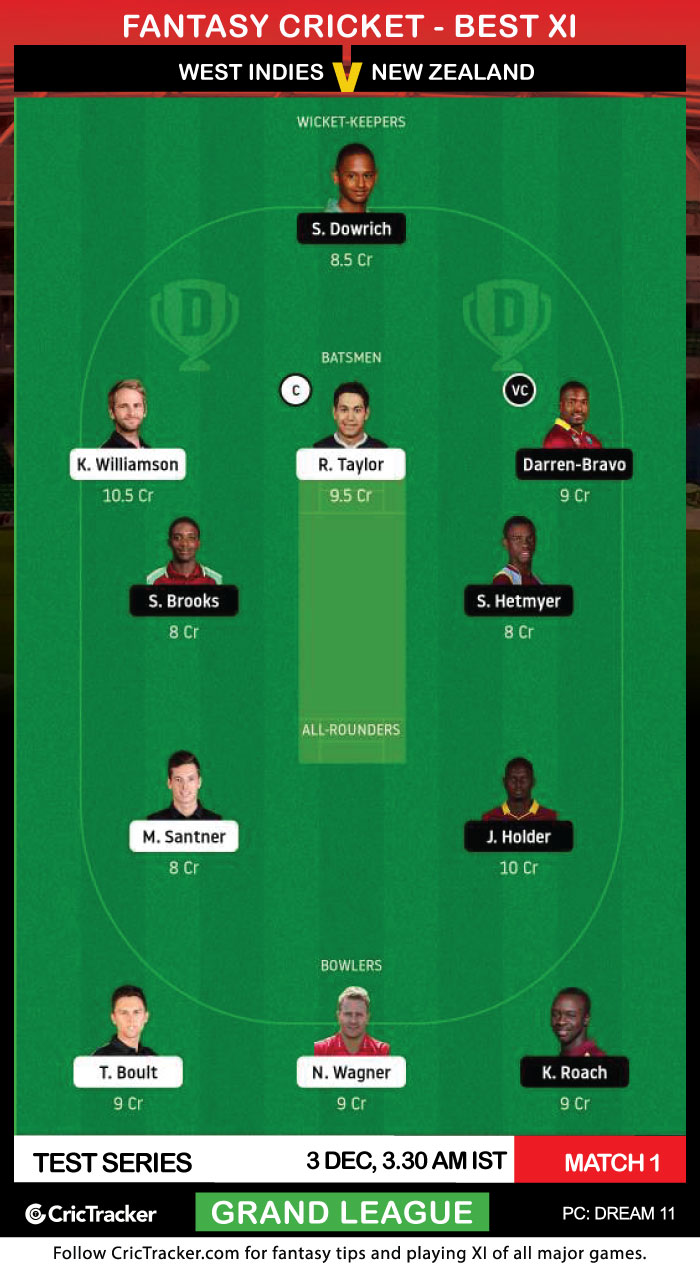 Given the nature of the pitch on the field where the match is to be played, it would be wise to include 5 batsmen in your team. They can also be used as good multiplier options. You can go with Tom Latham or Ross Taylor to fill 5th place in your fantasy team.

When choosing the wicketkeeper, be sure to check the announced playing eleven before taking on BJ Watling. In his absence, Shane Daurich should be your choice.

New Zealand is expected to win this match.