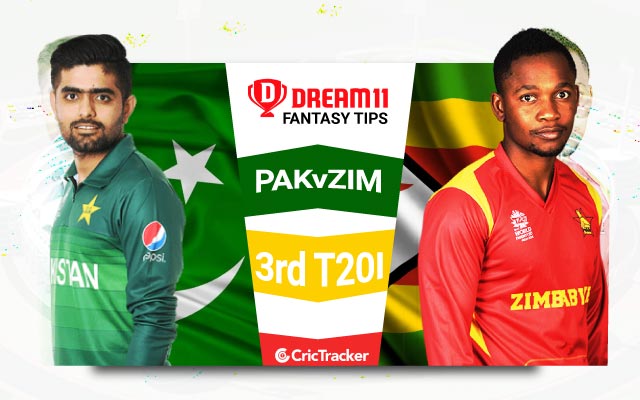 3Third The T20I series match between Pakistan and Zimbabwe will be played at Rawalpindi Cricket Stadium, Rawalpindi.

As expected, Pakistan have taken a non-dominant lead in this three-match T20 series. Having accomplished their primary goal of winning the series, they will now be seen doing a clean sweep in the third game, and at the same time, giving some new players a chance to showcase their talent.

On the other hand, Zimbabwe’s top order continue to struggle against the new ball as they faltered again without making any significant impact in the match. They want to change their starting combination and give the talented Tinashe Kamunmukheve a chance in the playing XI for the first time on this tour.

Although the sky is partly cloudy in Rawalpindi, the chances of rain are slim. The temperature will be around 27 ° C.

Although Zimbabwe have not been able to score much runs in two matches, Rawalpindi’s track is quite good for batting. The ball strikes the bat well and it helps both bowlers.

Shadab Khan has reportedly recovered from his injury and will be available for selection tomorrow.

Babar Azam Showed why he is so high in world cricket by scoring yet another half-century. He has now scored four consecutive half-centuries in this series.

Hyder AliThe much-discussed youngster managed his innings by scoring 66 * off just 43 balls in the last match.

Osman Qadir, Another young cricketer, who played in the absence of Shadab Khan With his leg-spin bowling, he took 3 wickets for just 23 runs.

Wesley Madhevi So far in this series 2 T20Is have scored 94 runs. He has had an amazing tour and wants to end it on a high. 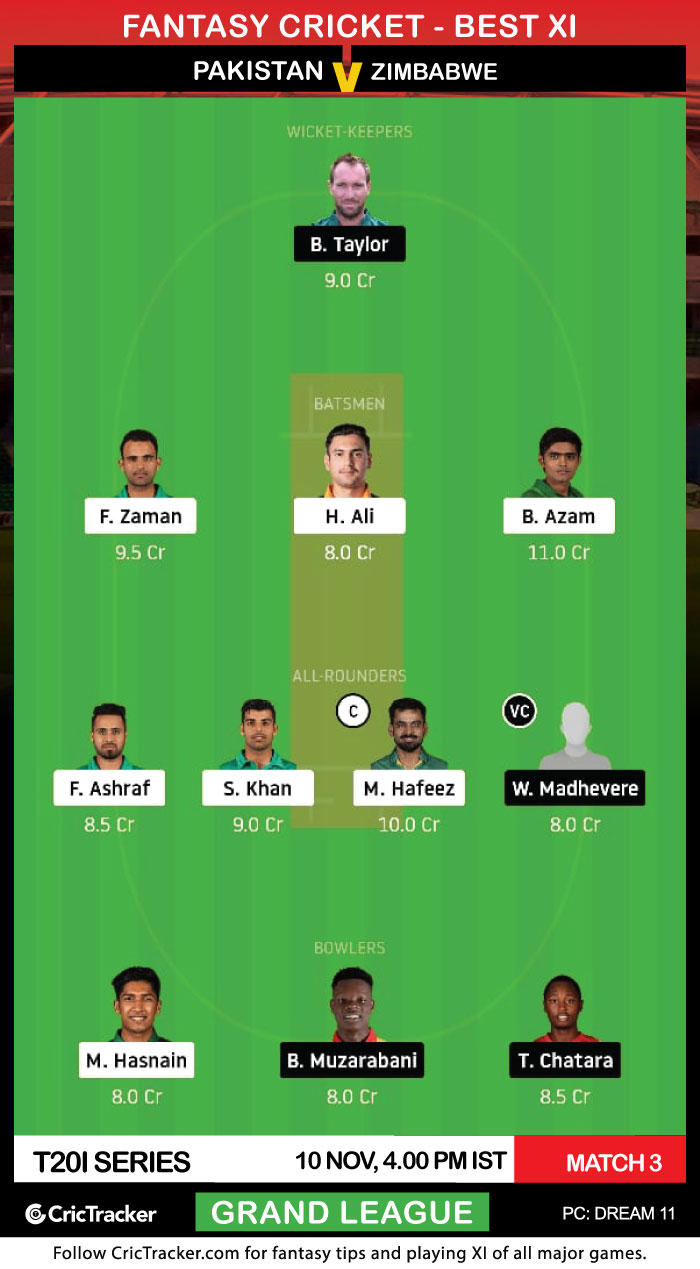 Given the current look of Babar Azam, it is appropriate to make him the captain of one of your Dream 11 fantasy teams.