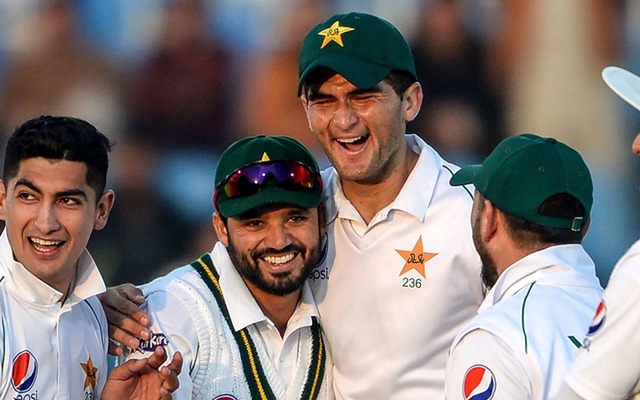 PCB have declared the list of 29 players who will tour England later this year to play three Tests and three T20Is.
imrhjatofficial
0
362

The Pakistan Cricket Board (PCB) has declared the list of 29 players who will tour England later this year to play 3 Tests and 3 T20Is.

Azhar Ali and Babar Azam will lead the Test and T20I teams respectively.

The list features the returning Sarfaraz Ahmed & Sohail Khan . U-19 star Haider Ali has also earned a place in the squad after his impressive performances in the 2019-20 season.

The three Tests and three T20Is will all be played behind closed doors and to curb the COVID-19 risk on the field, the ICC has also induced a few new rules in the game.

Earlier this week, the ICC had also approved the use of substitutes if a player showed symptoms of COVID-19 during a Test match.

In the wake of COVID-19 pandemic, Pakistan players, as well as support staff, are likely to arrive in England few weeks ahead of the series. As a part of the protocol, all players will have to quarantine themselves after landing to the UK.

Coming on to the Pakistan Team squad, four openers– Abid Ali, Fakhar Zaman, Imam-ul-Haq and Shan Masood have been included in the list.

Talking about the middle-order, Pakistan have also included veterans like Mohammad Hafeez and Shoaib Malik in the 29-member list.

Another veteran– Sarfaraz Ahmed has also been slotted into the list along with fellow wicketkeeper Mohammad Rizwan.

In the pace department, Sohail Khan, whose last appearance for Pakistan was the 2016 Boxing Day Test, will be making his comeback with the tour.

Along with Sohail, other prolific speedsters like Naseem Shah, Wahab Riaz, Haris Rauf and Shaheen Shah Afridi will also look to impress in overseas conditions.

Imad Wasim, Shadab Khan and Yasir Shah have been slotted into the spin department along with uncapped Kashif Bhatti.

Two uncapped players, Haider Ali and Kashif Bhatti have been given a chance in the squad. On the back of his impressive performances in the U19 circuit, Haider Ali also earned an emerging contract for the 2020-21 season.

Hasan is suffering from a back injury, Amir withdrew so that he can be at the birth of his second child in August and Haris pulled out of the tour because of COVID-19 risk.

The selectors have also named four reserves in the squad– Bilal Asif, Imran Butt, Musa Khan, and Mohammad Nawaz– as a cover in case any of the players fail pre-tour COVID-19 tests, which will be carried out on June 20 and 25.

Fast bowlers Hasan Ali and Mohammad Amir, and middle-order batsman Haris were not available for selection.