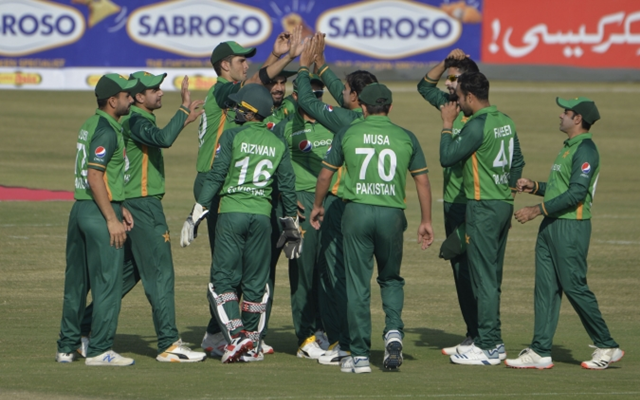 The Pakistan Cricket Board (PCB) announced the squad changed for the T20 International series against Zimbabwe. From November 7, the two countries will play horns in three T20I fixtures at 7, 8 and 10 respectively at the Rawalpindi Cricket Stadium.

The selectors and management had earlier announced the inclusion of 22 players for the three-match ODI and T20 series against Zimbabwe. Separate teams were announced for each ODI, with players selected from the 22-member list.

It was a special series for Pakistan captain Babar Azam as he was captaining the Men in Green for the first time. A clinical performance by the Pakistan team in all three aspects of the game ensured that they won the first two one-day internationals to win the series 2–1.

In the first ODI on October 30, batting first, the hosts set a target of 281 on the board with the help of a brilliant half-century from Haris Sohail, who scored 71 off 82 balls at a strike rate of 86.59. He found a suitable partner in the opener Imam-ul-Haq who set up a big total by scoring 53 runs. The visitors were stopped for 255 runs by Shaheen Afridi taking five wickets.

In the second ODI, Zimbabwe scored a total of 206 runs on the board as senior Williams scored 75 off 70 balls. However, Man in Green easily chased down the target in 35.2 overs as captain. Babar Azam And the Imam attacked the bowlers. Babar scored 77 from 74 balls while Imam scored 49 from 61 balls.

The third ODI was a thrilling affair as both teams managed to score 278 runs in their 50 overs. It was a century and five wickets. For Pakistan, Babar Azam took 125 and Mohammad Hasnain took five wickets.

Zimbabwe, on the other hand, witnessed the brilliant effort of Sean Williams, who scored 118, and while blessing, Muzarabani took his first five wickets. The match went to a super over and the spectators won the game easily.

‘They can doubt me’ – Shakib Al Hasan on having Bangladesh teammates’ ...