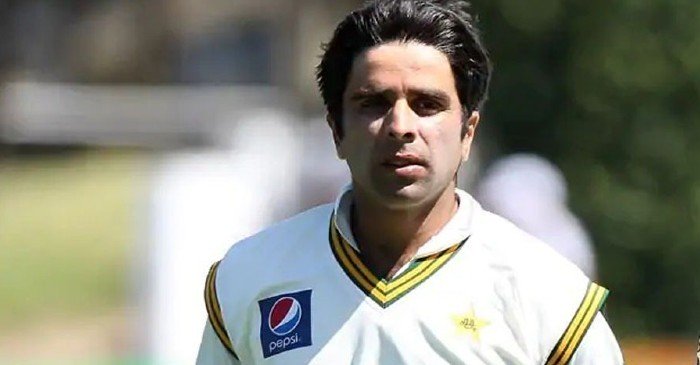 In recent times, several famous football stars such as Paulo Kick, Danielle Rugani, Blaise Matuidi, Callum Hudson-Odoi and many others were tested positive for COVID-19.

However, the cricketers to be kept at bay from the deadly virus, until the reports of Umar testing positive came into the light.

The former Pakistani batsman is now in self-isolation at his residence, according to reports by Cricket Pakistan.

Many would remember Umar from the critical group stage clash between India and Pakistan in the 2003 World Cup at Centurion, in South Africa, opening the batting with Saeed Anwar.

He had been an integral part of Pakistan’s top order in the early 2000s, facing the new ball with the likes of Salman Butt and Imran Nazir.

The southpaw was even part of the famous Mohali Test of 2005, where Pakistan saved the game against India by batting out for the last couple of days of the match.

Taufeeq made his sensational debut against Bangladesh in 2001, where he smashed 104. Overall, Umar scored 2963 runs in 44 Test matches and 504 in 22 Odys before he went out of favour due to lack of form and fitness issues.

Umar did make a comeback in a Test match against New Zealand in 2014, which was his last appearance for the country.

To feature in the now-disbanded Masters’ Champions League, Umar drew curtains to his international cricket in 2016. His last first-class game was in 2018, where he represented The Northern. Umar then retired from all forms in the game back in October, the same year in which he completed 10,000 runs in domestic cricket.

Despite notching up seven centuries and fourteen half-centuries, Umar failed to cement his place in the national side.

“I still thank him a lot”: Mahmudullah reveals how Sachin Tendulkar urged ...