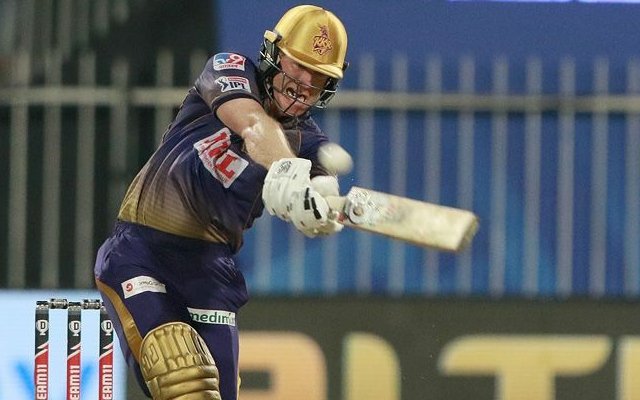 Playing XI made solely for foreign players in the Indian Premier League (IPL) will not be a possibility. According to the rules that have been in place since the opening of the IPL season in 2008, a playing XI must have at least seven Indian players. But then it will be really interesting to see what a team full of foreign stars will look like in the IPL.

Well, famous cricket expert Pammi Mbangwa has done the same. While other former cricketers following the rules have announced their IPL 2020 team of the tournament Zimbabwe The cricketer has named a player full of foreign players, which is the IPL Overseas XI for 2020. And anyone can say that Mbangwa has surprised quite a lot in its star-studded lineup.

The IPL 2020 ended last week between the Mumbai Indians and the Delhi capitals in Dubai. Mumbai, the defending champions, retained the title by beating first-time finalist Delhi by five wickets. He also became the first team to win the IPL five times.

Pommie Mbangwa began to name David Warner and Quinton de Kock as their side’s openers. Warner crossed the 500-run mark for the sixth consecutive time in the IPL and concluded the tournament by scoring 538 runs in 16 matches. They also led Sunrisers Hyderabad to the playoffs where they lost to Delhi in Qualifier 2.

De Kock, on the other hand, scored 503 runs and helped Mumbai win the title. For the No.3 spot, Pammi Mbangwa went to AB de Villiers of Royal Challengers Bangalore who scored 454 runs. De Villiers’ performance helped RCB to make it to the playoffs for the first time since 2016. The former cricketer selected Eoin Morgan of Kolkata Knight Riders at number 4.

At the same time, he also sparked a surprise by naming Morgan as captain. Under Morgan, KKR won only three of their last seven matches. But it was enough for Mbungwa to name Moggan as captain ahead of Warner. He finished the batting by nominating Jose Butler and Kieron Pollard for the next two spots.

Along with Pollard, Mbangwa also selected another all-rounder as Chris Morris. The bowling line includes Jofra Archer, Cagiso Rabada, Trent Boult and Rashid Khan. Archer was declared the MVP of the season while Rabada finished the IPL 2020 with the most wickets. The South African took 30 wickets and helped Delhi to a place in the final. On the other hand, Boult and Rashid took 25 and 20 wickets respectively.