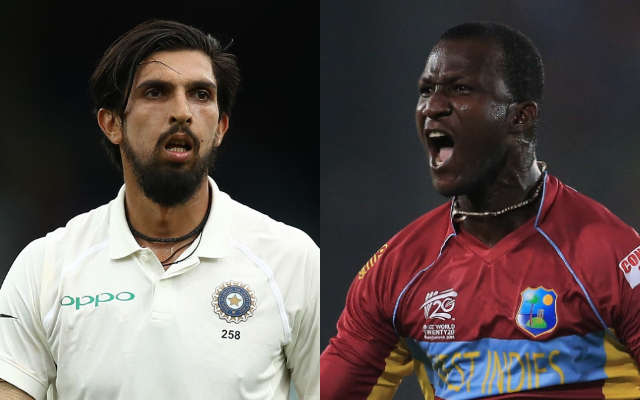 Two-times T20 World Cup winning captain, Darren Sammy, has ignited a debate around racism in the Indian Premier League (IPL) after he claimed that he and Sri Lankan all-rounder Thisara Perera were subjected to racist slur while playing for Sunrisers Hyderabad (SRH).

Sammy, on Sunday, via Instagram said that he remembered being called ‘Kalu’ during his time with SRH while his teammates used to laugh.

Now supporting his claims, an old photograph from Ishant Sharma”s Instagram handle has resurfaced where members of the 2014 SRH squad – Ishant, Bhuvneshwar Kumar, Shammy and Dale Styne can be seen posing for a selfie.

Ishant had uploaded the picture on May 14, 2014 with a caption saying. “Me, Bhuvi, kaluu and gun sunrises.”

It seems even the SRH coaching staff also knew about the racist nicknames given to Sammy. A tweet by the former West Indies captain, wishing batting mentor VVS Laxman on his birthday also had the word ‘Kalu’ in it.

Sammy has been quite vocal about racism following the killing of George Floyd, an African-American man whose death has inspired a worldwide reckoning over racial injustice.

On May 25, as a white Minneapolis officer pressed a knee on Floyd”s neck for several minutes, the dying man cried out for his mother. The 46-year-old will be laid to rest next to his mother in Houston on Tuesday.