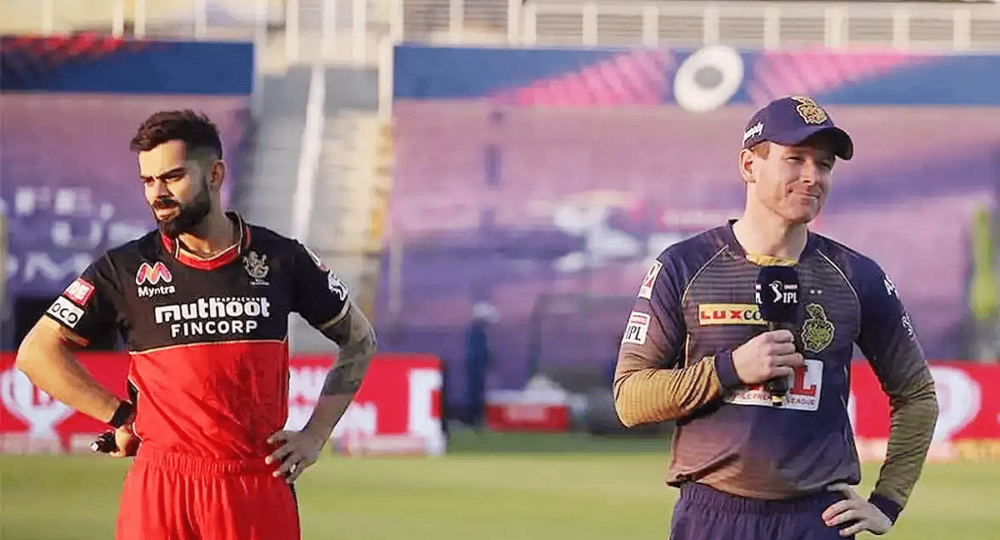 Royal Challengers Bangalore will face Kolkata Knight Riders in the Eliminator of IPL 2021 on Monday, 11th October 2021 at the Sharjah Cricket Stadium in Sharjah.

The Eliminator is played between the third and fourth teams of the league stage. The winner of this match plays against the loser of the first Qualifier at the Qualifier 2.

In Abu Dhabi, when the two teams meet in the Eliminator on Monday night, form and momentum rest with Kolkata, but the Bengaluru-based franchise will be the hungrier of the two teams.

While the Kolkata unit has won the coveted trophy twice (2012,2014), RCB have had to be content with the bridesmaid status on three occasions.

RCB vs KKR Head to Head in IPL :