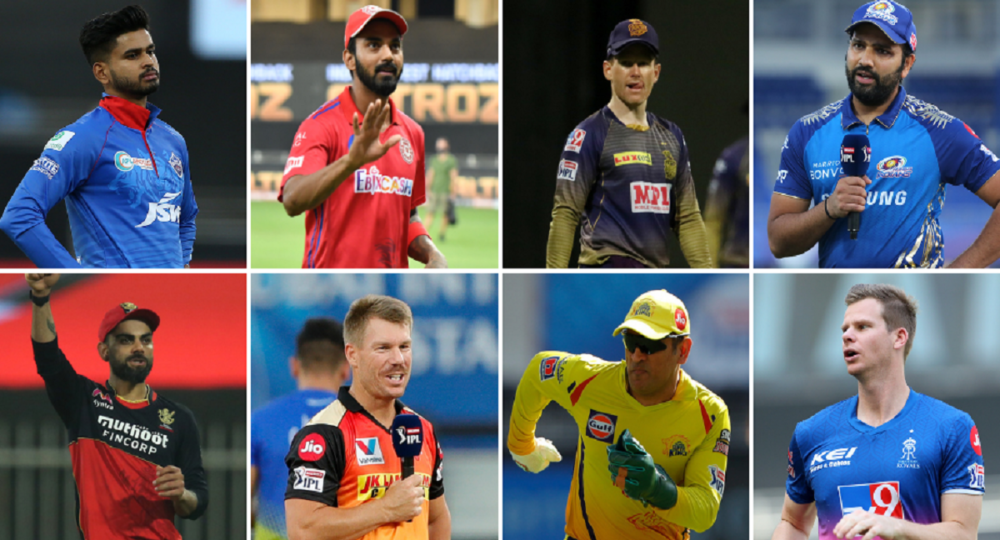 IPL 2021 Remaining Purse for all Teams : IPL teams announced their list of released and retained players ahead of the IPL 2021 auctions

Kings XI Punjab (KXIP) on Wednesday announced that they have decided to retain 16 members of their IPL 2020 squad and the likes of Glenn Maxwell and Sheldon Cottrell have been released from the squad.

The likes of KL Rahul, Nicholas Pooran and Mohammad Shami will be seen for KXIP this season. While, key performers of last season like Arshdeep Singh, Chris Gayle, and Ravi Bishnoi have also been retained.

Australia’s Glenn Maxwell who had a poor IPL 2020 season has been released. Maxwell was bought for INR 10.75 crores ahead of the 2020 season, but he was not able to do justice to his price tag.

KXIP has currently 53.2cr in their purse for the IPL 2021 auctions.

Royal Challengers Bangalore (RCB) on Wednesday announced that they have decided to retain 12 members of their IPL 2020 squad and the likes of Aaron Finch and Moeen Ali have been released from the squad. The likes of Virat Kohli, Ab de Villiers and Yuzvendra Chahal will be seen for RCB this season.

While, key performers of last season like Devdutt Padikkal and Mohammed Siraj have also been retained. Australia limited-overs skipper Finch and England all-rounder Moeen Ali along with South Africa’s Chris Morris have been shown the door.

Royal Challengers Bangalore now have Rs 35.7cr in their purse remaining for the IPL 2021 Auctions

With less than a month to IPL 2021 auctions, Mumbai Indians on Wednesday announced the list of retained and released players. The Champions MI have stuck to its majority of the squad. It means Rohit Sharma, Quinton de Kock, Trent Boult, Jasprit Bumrah and the Pandya Brothers will be donning the blue jersey.

However, the Nita Ambani-owned side has decided to part ways with Lasith Malinga, Sherfane Rutherford amongst other names. Mumbai Indians now have Rs 15.35 crore in their wallet for IPL 2021 Auction.

Ahead of the upcoming mini-auction for the Indian Premier League (IPL) 2021 season, SunRisers Hyderabad on Wednesday retained most of its players from the 2020 squad and only five players have been released.

No big names have been let go and only players like Fabien Allen and Billy Stanlake have been shown the door ahead of the upcoming season.

Rajasthan Royals has retained 17 players which includes a good mix of Indian and international players.

All three English players performed well for the Royals in the last tournament and have been good contributors to the team in the past three years.

In Smith’s absence, the young and dynamic Sanju Samson has been named the captain for the upcoming season. Rajasthan Royals now have a remaining purse of 34.85cr going into the IPL 2021 auctions.

CSK have decided to retain its core team of MS Dhoni, Suresh Raina, and Ravindra Jadeja.

The IPL 2020 runners up would not be desperate to chop and change the squad, given their success last season.

However, DC will look to make certain adjustments to come back even stronger in IPL 2021 and has decided to part ways with Jason Roy, Sandeep Lamichhane amongst others.