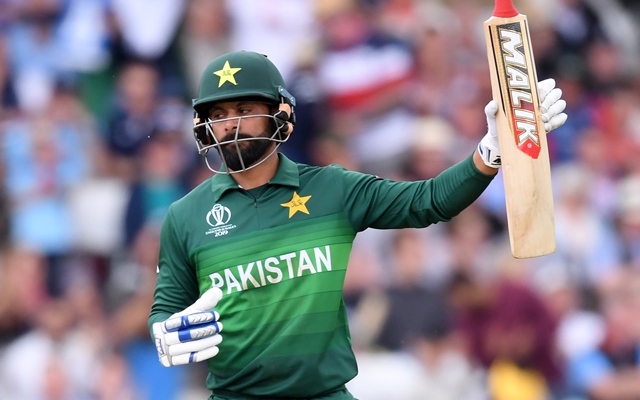 Reports: Mohammad Hafeez is worth millions in taking Pakistan over LPL

Mohammed Hafeez’s decision to choose the country over franchise cricket reportedly cost him millions. The veteran Pakistani all-rounder recently declined the opportunity to play in the upcoming Lanka Premier League (LPL) to represent his country. This decision will surely please Pakistan and their fans but it will hurt the all-rounder financially.

The Colombo Kings raced at Hafiz for the inaugural season of the tournament. The Colombo-based organization had tied up with the legendary Pakistan player to replace Faf du Plessis. the former South Africa Captains are not available for LPL due to limited overs series against England in South Africa. Like Du Plessis, Hafeez has chosen the country over the franchise.

Hafeez was recently named in the 35-member Pakistan squad for the tour of New Zealand. Pakistan and New Zealand will play three T20Is between December 18-22 before locking the Horns in a two-match Test series. Hafiz is only available for the shortest format of the game.

Missing LPL is a matter of money to Mohammad Hafeez. According to a Cricket Pakistan report, he was expected to earn around PKR 10 million from his contract at LPL. The report said that Hafiz had requested the PCB to allow him to play some matches in LPL. However, the PCB had to ask the player to choose between Pakistan and the LPL due to strict quarantine rules.

In response, the 40-year-old chose Pakistan, which cost him millions. Interestingly, Hafeez is not a centrally contracted player of the PCB. His match fees on the recent England tour were equivalent to a player of C category central contract i.e. Rs 2,02,950. He had a chance to turn down the tour offer New zealand And play in Sri Lanka without facing any action.

But Hafeez, who last played in a bilateral series against Zimbabwe, decided otherwise. Earlier this year, he also had to sign a Rs 2,500,000 contract with a Caribbean Premier League (CPL) franchise to play in England. Meanwhile, the inaugural edition of LPL will take place from 26 November to 16 December.