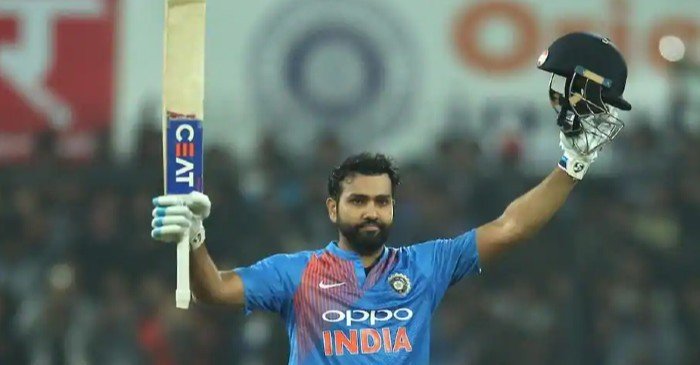 Rohit Sharma has the ability to score 200+ in T20s: Mohammad Kaif

With increase in no of high scoring matches every year, that the day is not far when we might witness a double century in a T20 match.

But there have been many discussions on who will eventually become the first person to score it and name the record.

Clearly, it is not going to be an easy job for any batsman but the modern-day cricketers are surely capable of achieving that feat.

Recently, former India cricketer Mohammad Kaif has given his opinion on this matter. According to the hero of NatWest Series 2002 M Kaif, India’s limited-overs vice-captain Rohit Sharma is most likely to achieve that milestone.

Rohit Sharma is the only batsman to score multiple double centuries in ODIs.He has scored three of them.

In fact, no player has scored more T20I centuries than the 33-year-old batsman.

The former U19 captain Priyam Garg asked Kaif about who he thinks can achieve the feat. In his opinion, Sharma can achieve it as his strike rate keep increasing as his knock progresses.

Kaif has pointed out quite rightly. Sharma doesn’t get to a great start to his innings in limited-overs cricket. But once he is set on the crease, he has the ability to accelerate.

In fact, it would be correct to say that the Mumbai batsman even had a crack of scoring a double ton in T20s. Back in 2017, rohit smashed the fastest T20I century off just 35 balls. During that knock, he ended up scoring 118 runs from 43 balls. He got out in the 12th over. A few weeks back, even Sharma admitted that he had a chance of scoring a double ton during that match.