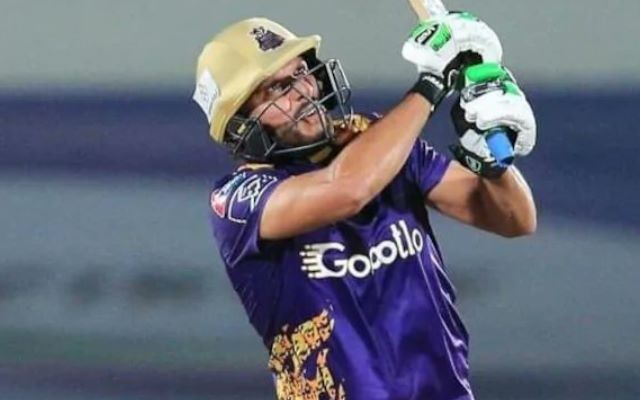 Former Pakistan captain Shahid Afridi is leading the franchise Galilee Gladiators Lanka Premier League (LPL). Speaking about his participation in Sri Lanka’s domestic league, Afridi revealed that his aim is to prepare young players and contribute to the game of cricket in whatever he can do.

The experienced all-rounder also thanked the Sri Lankan government for hosting the marque event and is confident that LPL will achieve much success in the future. Afridi believes that the Lanka Premier League will help in the development of cricket in the nation and will provide local players an opportunity to walk shoulder to shoulder with the greatness of the game and improve their skills.

“It is a new league and from the point of view of Sri Lanka, is a very important tournament for the development of sports in the island nation. In tournaments like these, we have to make sure to help some young players. There are some good local talents as well and I want to contribute whatever I can. Shahid Afridi quoted The Kashmir Monitor as saying that it is always complete to give something back to the game.

Many international stars, including Chris Gayle, Liam Plunkett, Sarfaraz Ahmed and Lasith Malinga, had their names removed before the league started. LPL 2020. When asked about the same, Afridi declined to comment, but said it was refreshing to follow the new normal and follow all protocols.

“I would not like to comment on the pull-out, but it is really important to start. The game of cricket was halted for some time due to the outbreak of the epidemic. However, we have seen that people are behaving like new normal and have successfully organized sports competitions with all necessary precautions. “

“Sri Lankan government, salute to Sri Lankan cricket [SLC] Board, and Innovative Production Group [IPG] To give place to this event. I am sure it was difficult, but it was right for fans, sports and Sri Lankans to do so, ”said Afridi.