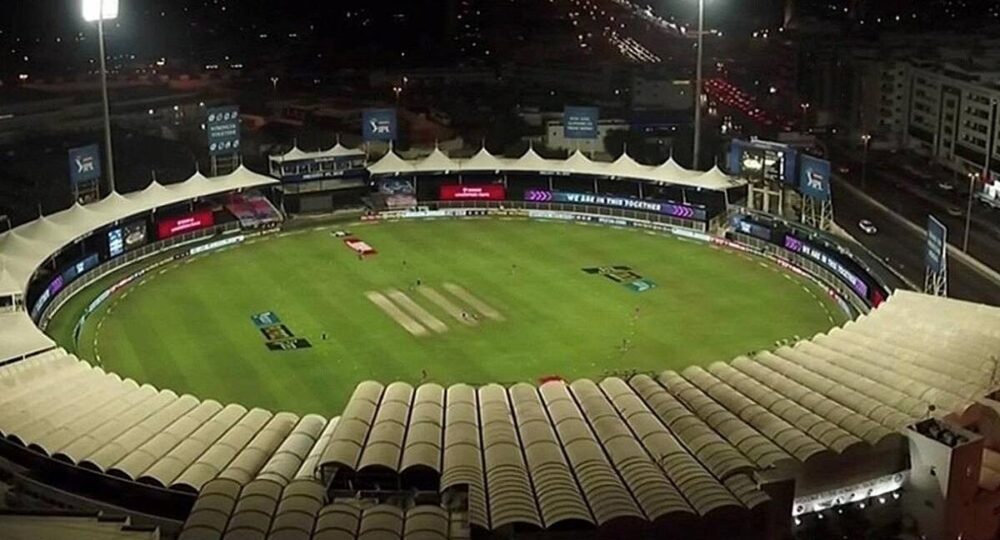 At Sharjah Cricket Stadium, the highest score in IPL 2021 is 171/4 scored by KKR against Rajasthan Royals and Kolkata Knight Riders won that game bya good margin of 86 runs.

What is the Sharjah cricket stadium boundary length ?

While the size of a cricket ground can vary from match to match and end to end, the length of square boundaries at the Sharjah Cricket Stadium are between 54-64 metre. Talking about the straight boundary, it is about 70m.

Normally Sharjah is known for batting but these year has been different, The pitch of the Sharjah has been completely depleted and behaving extremely slow. As a result, the batsmen have struggled to score runs. Even the smaller boundaries have not helped much either this season.

In the latest game at the Sharjah, Slow balls worked really well and Spinners got much more help compared to pacers. It was very difficult to make runs on this wicket after powerplay.

Here’s the scorecard of last IPL match played at Sharjah Cricket Stadium, it was played between Kolkata & Bangalore.

Here’s a list of sharjah cricket stadium previous ipl matches, a total of 9 games have been played here in the Leg-2 of IPL 2021.

The next game at Sharjah Cricket Stadium will be played between KKR and DC, the winner of this game will play against Chennai Super Kings in the finals.