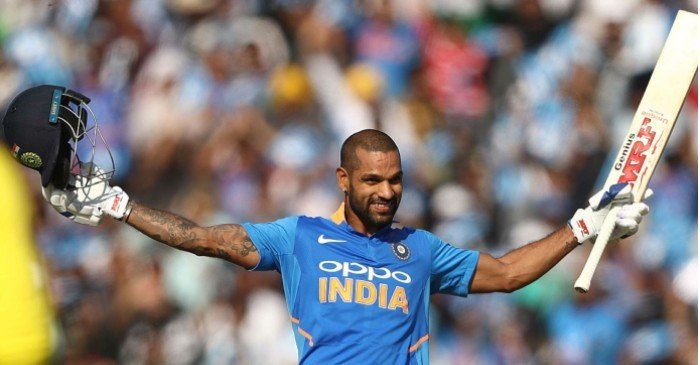 Shikhar Dhawan names the toughest bowler he has faced, the best current Indian batsman and his favourite captain

India’s premier limited-overs opener, Shikhar Dhawan, who recently conversed with former India international Irfan Pathan, made his pick regarding his favourite captain he played under.

Dhawan also named his favourite batting partner and the toughest bowler he faced in international cricket. There has been no stopping for Dhawan since he made his dazzling debut against Australia in Mohali in 2013.

Although his Test career has spiralled down, the southpaw continues to be a regular feature for the Indian side in white-ball cricket.

Dhawan is part of the formidable top three of Indian batting order along with Virat Kohli and Rohit Sharma.

In conversation with Pathan, Gabbar revealed his favourite batting partner as well as the best captain he played under.

“(Best batting partner will be) Rohit Sharma. I have only played under Virat and Dhoni, I know, as of now, Dhoni bhai,” said Dhawan.

He then named Virat Kohli as the best amongst the current Indian batsmen. Also, he recalled Rohit”s feat of scoring five centuries in the 2019 ODI World Cup. “Rohit did brilliantly in the World Cup as he scored five centuries,” the left-handed batsman added.

Next, Dhawan had to name the toughest bowler he faced in international cricket. To which, he named Australian speedster Mitchell Starc.

Later, he believed that the 2020 edition of the Indian Premier League (IPL) should take place to generate positivity amongst masses.

“Of course, the IPL should take place because people will get positivity from it. Currently, there is only coronavirus news and fear because of it,” concluded Dhawan.

Dhawan was scheduled to don the jersey of Delhi Capitals (DC) in the thirteenth edition of the cash-rich league. The flamboyant opener has the most number of fours to his name in IPL. DC bought the services of Dhawan after a successful stint at Sunrisers Hyderabad (SRH)

‘I let my family down, embarrassed my children’: Shane Warne opens up ...

‘Have always focused on short term goals’ – Rohit Sharma on his ...