✕
Copyright © CricEarth 2020.
Thursday, September 23
Home » News » Shikhar Dhawan opens up about the incident when he got sledged by Pakistan fans in World Cup 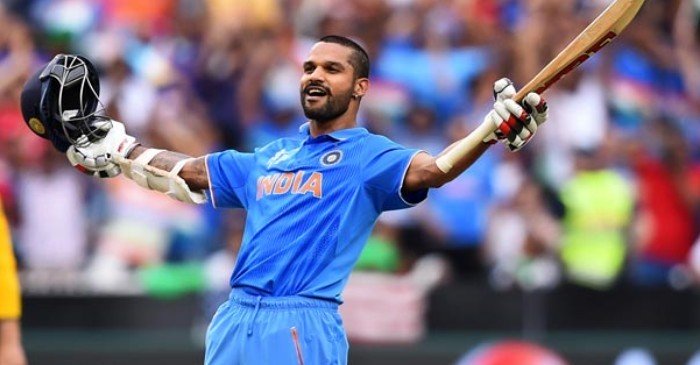 When it comes to multilateral ICC tournaments, there are only a few batters who are superior to Indian opener Shikhar Dhawan.

The flamboyant stroke-maker has had a knack of oozing runs off his blade during the high-profile ICC tournaments.

He also scored the most number of runs for India during the 2015 ODI World Cup in Australia, where he amassed 412 runs.

“The take ICC tournaments exactly the same way. I think the wickets are better in these tournaments, so it suits my batting style. My focus or process remains the same for any bilateral series,” Dhawan told Smriti Mandhana and Jemimah Rodrigues on their YouTube show, ‘Double Trouble’.

Also, during India’s opening encounter against arch-rivals Pakistan, Dhawan built a solid foundation for India along with Virat Kohli, which helped India post an above-par total of 300. The two added 129 for the second wicket.

The 34-year-old struck a fluent 73 off just 76 deliveries, which consisted of seven boundaries and a maximum.

“I feel more pressure against Pakistan because of the environment in the ground. There are too many people, the music, it’s a whole different feeling,” the Delhi-born cricketer added.

Later, during the conversation, Dhawan revealed about the incident where one of the Pakistani fans sledged him by saying, ‘You 15 run banake out hoga’ (You will get out after scoring just 15 runs).

“I still remember our game against Pakistan in the 2015 World Cup in Adelaide. It was our first game of the tournament. When we went out for practice a day before the match, there was a large group of people. Next morning, when I woke up for the match, there were still a lot of people present. My form wasn’t that good during that time and I didn’t play well in the Australia series before the World Cup,” Dhawan concluded.

In the end, India won the match comfortably by 76 runs. However, the Men in Blue eventually faced defeat at the hands of the hosts and winners of the tournament, Australia, in the semi-finals.

Top Stories: Things that made news in the cricket world on May ...