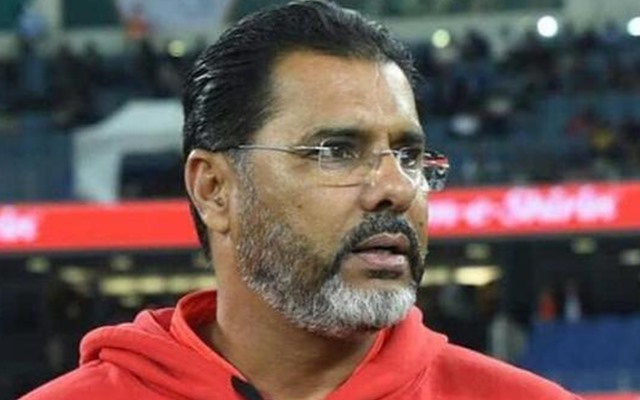 ‘Someone hacked my Twitter account, liked obscene video’ – Waqar Younis says he will not come on social media

Waqar Younis, the legendary fast bowler, wasn’t a happy man in recent times. Even as social media is a platform for communicating with people, it can be a source of depression, anxiety and tends to cause low self-esteem. To make things worse, it can be a medium of cyber-bullying as well. Younis, recently, got to witness the dark side after his Twitter account got hacked.

It’s not the first time he has faced this. In a video released on Twitter itself, the veteran said that hackers have made life difficult for him quite a few times. Earlier, he formed the account to build a rapport with his fans, but he has changed his mind of late.

The hacker also went on to like some obscene videos, which might have surprised a number of Waqar’s supporters. Waqar thinks that the hacker won’t be stopping from hacking and hence he has decided to leave social media once and for all.

It is a matter of great shame: Waqar Younis

“Today I have to say with great regret that when I woke up this morning, someone hacked my Twitter account and liked grossly inferior videos from my account,” the retired Pakistan pacer was quoted as saying in the short video.

Waqar is not the only celebrity, who has had to face the wrath of social media. A number of other cricketers, both current and former, had their Twitter and Instagram accounts hacked. Once they got to know about it, they didn’t take time in restoring their accounts and come up with a clarification.

‘Get a life guys’ – Sanjay Manjrekar lashes out at Twitter users ...