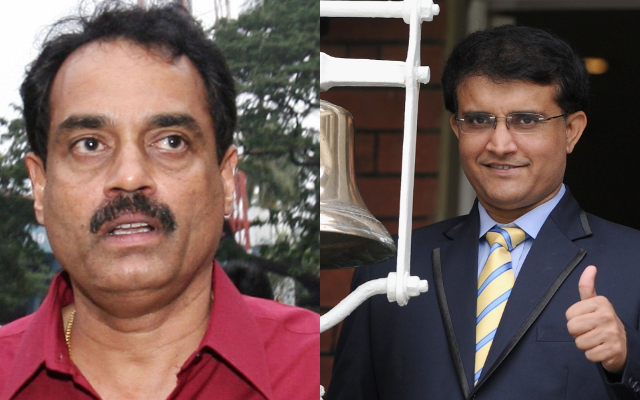 Sourav Ganguly would have scored more runs in Tests if he had batted higher up: Dilip Vengsarkar

Sourav Ganguly is regarded as one of the best captains in the history of Indian cricket. Apart from being a leader, he was also a fantastic batsman of his time. The left-handed batsman was only the second Indian player to have reached 10,000 ODI runs and is still the third-highest run-getter in ODIs for India, only behind Sachin Tendulkar and Virat Kohli.

However, his Test records aren’t as great as his colleagues like Rahul Dravid or Tendulkar. In 113 Test matches, the Kolkata-born batsman scored 7212 runs at an average of 42.17, which is better than his ODI average (41.02). He also scored 16 Test tons during his illustrious career which lasted between 1996 and 2008.

Recently, former Indian cricketer, Dilip Vengsarkar expressed that Ganguly would have done much better in red-ball cricket had he batted higher up the order. He pointed out the innings which the former captain played in Brisbane against Australia as a ‘class act.’

Ganguly’s innings at Brisbane was a class act: Dilip Vengsarkar

“I always believed he would have done better in Test cricket had he batted higher in the order. His innings at Brisbane was a class act,” Vengsarkar said to the Times of India.

Ganguly had scored 144 runs against Australia in Brisbane in the 2003 Test. On a difficult wicket and against a good bowling unit, the knock established him as one of the best in the format.

The Bengal player had started his Test career batting at no.3. Ganguly scored two back to back centuries in his first two matches at Lords and Nottingham. However, with time, he had to give up his position to Dravid and spent of his career batting at no.5 or no. 6. It is interesting that the veteran averages 47 and 66 at no. 3 and no.4 positions, which is way higher than his overall career average.

Vengsarkar had played a key role in reviving Ganguly’s career. After being dropped from the national side in 2005, the former captain was brought into the side by Vengsarkar when the former became the chief selector in late 2006. The former Mumbai batsman also credited Ganguly ability to lead a side and his credibility as a batsman while playing spin bowling.

He signed off by saying, “A terrific player against spinners, he relished playing shots on the offside. A very good student of the game and good at man-management, he led India with great success.”

Shoaib Akhtar probation the number of runs Sachin Tendulkar would have scored ...