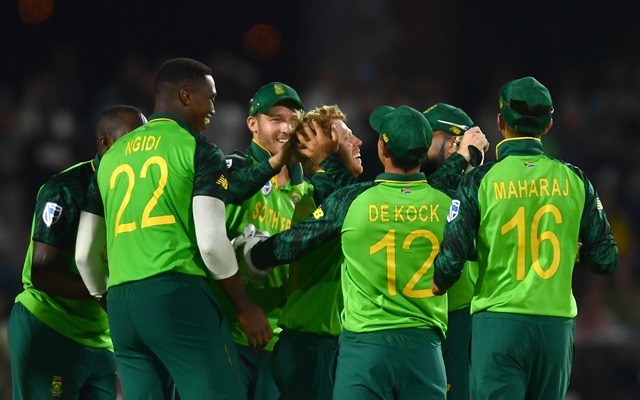 South Africa is set to resume its international cricket hosting in England later this month. It also begins its domestic season as both teams will play three ODIs and several T20 Internationals from 27 November. Cricket South Africa (CSA) has announced a combined 24-man squad for both series and Glenton Sturman has received his first call – to the national side.

Proteas last played international cricket against Australia in March and traveled to India to face the Virat Kohli-led team in the same month. However, due to COVID-19 Given the concerns, the series was postponed and since then, he has not played any top-level cricket, while several South African cricketers are currently involved in the ongoing Indian Premier League (IPL) in the United Arab Emirates.

As far as the team is concerned, Quinton de Kock leads the team. Faf du Plessis On the side too. There are no major changes to the team that played their last ODI and T20 series, including Temba Bavuma, Reeja Hendrick, Heinrich Klassen, David Miller among others.

Kagiso Rabada Enrique Narje opened fire in the IPL for Delhi’s Capitol. They will play together once again and possibly share a new ball against England. As far as the selection of 28-year-old Glenton Stuerman of the Warriors is concerned, CSA Director of Cricket Graeme Smith has clarified that he is looking forward to the T20 World Cup next year and has chosen the players accordingly.

“This is an important season for the team, with the ICC T20 World Cup coming to India next year. I am sure the T20 series in particular is going to have some explosive performances for cricket lovers to enjoy at home. The one-day series against the world champions will always bring their own level of excitement. I expect an exciting return to international cricket for our Proteas, ”he said according to Cricbuzz.