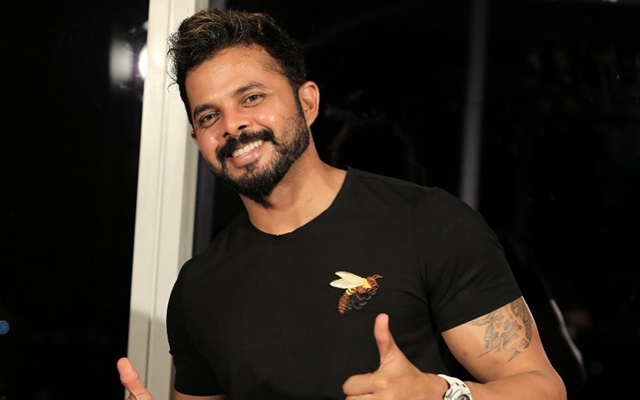 Sreesanth picks his four teams for IPL 2020 playoffs ,also chooses the winner of the season 13

Sreesanth has been quite active on social media over the last few days. He has gone live on Instagram with quite a few media houses recalling his performances in the 2007 T20 World Cup as well. He also picked his all-time best ODI XI too and now has picked the four teams who will make it to the playoffs if the 13th edition of the Indian Premier League (IPL) goes ahead later this year.

The cash-rich league was supposed to commence on March 29 and would’ve ended by now if not for the Coronavirus pandemic. It has been suspended until further notice for now as the BCCI has adopted the wait and watch policy over organising the competition later in the year.

Coming back to Sreesanth, in a live Helo session, the pace bowler backed the defending champions Mumbai Indians (MI) to qualify for the playoffs even this season. Interestingly, there has been the feeling that the team doesn’t do well in the even years. They have also won the titles in odd years – 2013,2015, 2017 and 2019. However, even Rohit Sharma has dismissed the theory taking a dig in one of the advertisements aired ahead of the IPL.

Which are the other three teams?

The Kerala pacer then felt the ever consistent Chennai Super Kings (CSK) will go through to the next round of the IPL for the umpteenth time. The MS Dhoni-led side has always made it to the playoffs during their existence. The last two sides Sreesanth picked was the Royal Challengers Bangalore (RCB) and the Sunrisers Hyderabad (SRH).

While both the teams are brilliant and strong, the RCB led by Virat Kohli hasn’t been able to perform to the expectations. Rather they haven’t qualified for the playoffs in the last three seasons. However, they fared decently in the auction last year and would’ve hoped to do better in the IPL 2020.

In the end, Sreesanth felt that Rohit Sharma and his troops will defend their title and backed MI to win the trophy for the record fifth time.