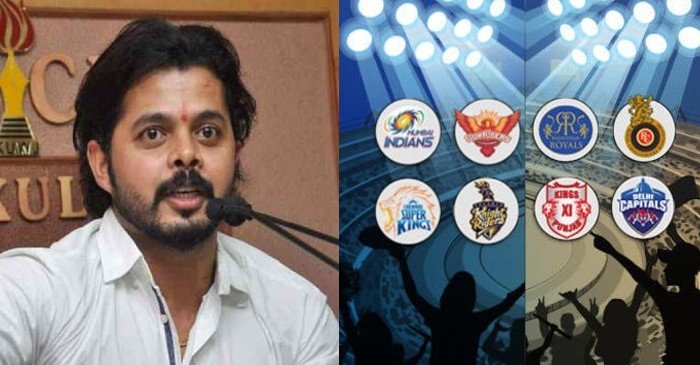 Sreesanth probation the winner of the IPL 2020; picks four teams for the playoffs

Fast bowler S Sreesanth was famous for his energetic celebrations on the cricket field during his playing days. Currently, he is also in the club of those cricketers who are pretty busy on social media during the ongoing lockdown. On Friday, he participated in a live chat session, and dropped his prediction regarding the winner of IPL 2020. Sreesanth also picked his four teams which will qualify for the playoffs.

It all happened during a live session of the Helo App when Sreesanth picked Mumbai Indians (MI) and said they would successfully defend their title. He further said that teams like Chennai Super Kings (CSK), Sunrisers Hyderabad (SRH) and Royal Challengers Bangalore (RCB) would be the other three sides to qualify for the playoffs.

I is the most successful team in the cash-rich league, so no wonder Sreesanth went for the Rohit Sharma-led side. Since 2013 – the season in which I won their maiden IPL title, they haven’t looked back. After their first-ever title win, I repeated a similar performance in 2015, 2017 and 2019. Currently, the Mumbai-based franchise have four IPL titles – the most by any team.

When it comes to rest teams, Sreesanth picked the second most successful franchise CSK. The MS Dhoni-led side is the most consistent team in the history of the lucrative league. It has made it to the playoffs every time they have been part of the league.

The ‘Yellow Army’ started their winning journey in 2010 when CSK won the coveted trophy for the first time. Then in the following year, the Chennai-based franchise, and defended the title successfully. In 2018, CSK yet again won the prestigious trophy.

Another team on Sreesanth’s list is Sunrisers Hyderabad. It is also a consistent side, but unlike CSK and MI, they have only won the title once. In 2019, the Hyderabad-based franchise was headed by New zealand ‘ s Kane Williamson, but for the 2020 season, the role of captaincy has been handed over to Australian opener David Warner.

The last team on Sreesanth’s list is the ultimate and one of the most popular teams, RCB. Unlike the above-mentioned teams, RCB is perhaps the most inconsistent side in the IPL. The Virat Kohli-led team last qualified for the playoffs in 2016 where they also reached the final stage but faced a defeat by SRH. In 2017, the Bangalore-based franchise finished at the last spot while in 2018 they were at the sixth place. In 2019 the RCB yet again reached the bottom of the points table.