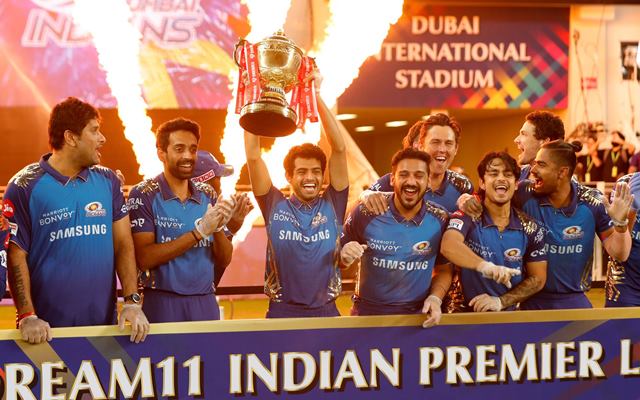 Mumbai, November 20, 2020: Star India delivers the biggest IPL ever in tournament history. From a thrilling, nail-biting double super owers to thrilling young talent in a single day, season-13 was nothing short of electrifying. With fans enjoying matches from the comfort of their own homes, Dream 11 IPL 2020 has set a viewership record with an increase in total consumption of 23% * vs. 2019. Television viewership reached an outstanding 31.57 million **.

Capitalizing on the regional appeal, the five independent language channel offerings – Hindi, Tamil, Telugu, Bangla, and Kannada, contributed greatly to the growth of audience growth Dream 11 IPL 2020. The regional offering in languages ​​has been well received by the audience and the viewership has increased by 28% over the previous year.

This is the biggest IPL the nation has seen and the response from fans and advertisers is unwise. Record-breaking Opening Week gave us an ideal start and laid the foundation for a record breaking season. We are very happy that this season has been the biggest in terms of viewership, engagement and ad sales. Advanced storytelling, localization, contextually relevant marketing and technology innovations formed the pillars of our offering. We are encouraged by our regional feeds driven by southern markets, and especially in rural markets, and by greater consumption in demographics among children.

Season 13 saw some explosive matches, complemented by innovative programming, world-class production – both remote and on-ground. This would not be possible without the spectacular work done by the BCCI team in staging the tournament in spectacular conditions and the seamless functioning of our teams inside the bio-safe bubble in India and UAE.

The record-breaking debut of Dream 11 IPL 2020 came from the ‘Saath Wali Baat’ campaign. The objective of this campaign is to raise the mood of the country by bringing people together for the biggest cricketing tournament of the year. Star Sports, India’s premier sports broadcaster – pulled out all the stops to provide viewers and fans a unique experience of Dream 11 IPL 2020 from the comfort of their homes.

The season began with sold-out inventory, with 18 sponsors and 114 advertisers on board setting an optimistic tone for a largely successful season. Star Sports stopped broadcasting one of the biggest sports spectacles in 2020 in just six weeks amid the ongoing epidemic and too many uncertainties.

With fans enjoying the matches from the comfort of their homes, the star took on them to ensure that fans of all ages and demographics were accustomed to the 2020 edition. As a result, women and children recorded impressive viewership growth of 24% * and 20% * respectively.

Star India’s effort to offer viewers cutting-edge product innovations such as in-studios fan cheers, exclusive broadcast feeds, and unmatched engagement with fan walls has received resounding response and has gotten fans closer to the game before. Chaptering the tournament through topics such as Fan Week and Rivalry Week, the IPL aficionados continued to draw throughout the tournament with a slate of programming, including franchise shows. This year’s new selection continued to target the dugout core cricket audience and a significant increase in consumption was recorded.