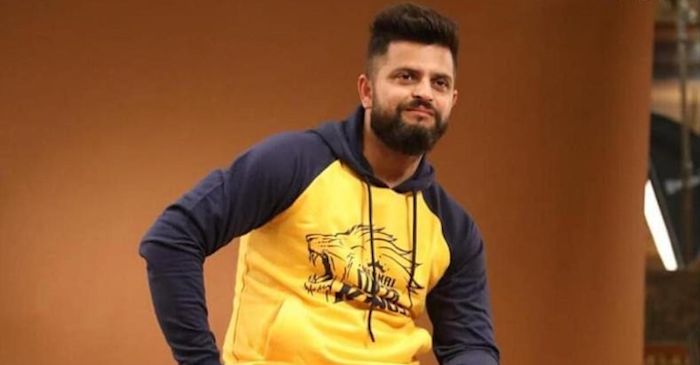 Cricket is mainly associated with batting and bowling. However, fielding plays a massive role in winning matches and has time and again proven its importance in the cricketing arena. Fielding requires plenty of athleticism, focus, and exceptional reaction time. To not be flinched by deliveries hit at a tremendous pace requires commendable courage. Well, Suresh Raina had that courage. The way he dived in to catch the ball at a swift pace, it is believed that he could even catch a flying bird if he had to.

During a recent chat with SportScreen, Raina picked Ajinkya Rahane as the best fielder in the current Indian team. Hailing the Mumbaikar, Raina said that Rahane gets into a perfect position while completing a catch.

“Ajinkya Rahane has better catching skills. I always love his positions while fielding. He has a different kind of power. His body can bend when he moves, that is very different from the rest,” the southpaw said.

“He is a very good slip fielder, he judges the batsman”s movement from behind and anticipates, which is very important as the distance is not much between the slip fielder and batsman. He also practices like that, I know it makes it easier during matches,” Raina added.

Though Rahane has a safe pair of hands and Indian captain Virat Kohli offers a lot of trusts in him. Despite that, it comes as a shock that Raina went with Rahane ahead of Kohli, Ravindra Jadeja or Manish Pandey as the best fielder in the Indian team.

In the same interview, Raina pointed out similarities between captaincy of Rohit Sharma and MS Dhoni. The Muradnagar-born believes that Rohit”s calmness and ability to motivate the players’ makes him very similar to Dhoni.

“Rohit”s captaincy is very similar to the MSD. The way he does things calmly, the way he motivates people. He is bindaas, he knows that whenever he goes to bat, he’ll make runs. I know this sort of confidence is there in a player than the rest of the players also pick that up from him… this is what I like about Rohit,” Raina added further.