✕
Copyright © CricEarth 2020.
Thursday, June 17
Home » News » The pitches we were practicing on were completely different from the ones we played in the match: Shreyas Iyer 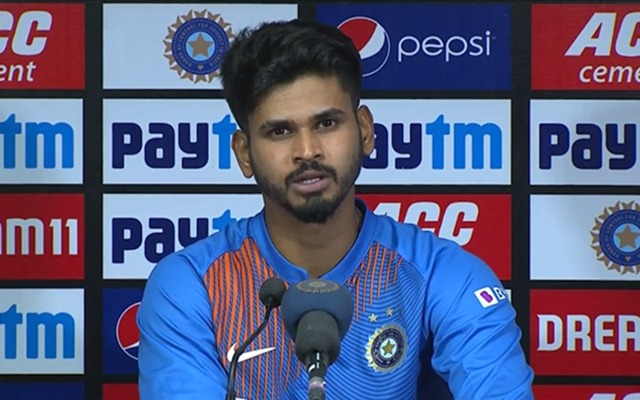 The pitches we were practicing on were completely different from the ones we played in the match: Shreyas Iyer

Indian cricket team recorded two defeats, one against lawsuit Australia Three-match ODI series at Sydney Cricket Ground. The two cricketing superpowers will now be against each other on 2 December, Wednesday, at Manuka Oval, Canara.

Prior to the match, India’s middle-order batsman Shreyas Iyer considered one of the reasons viewers lost in the series. He said the Australian conditions were completely different from the pitches in the United Arab Emirates (UAE), where the cricketers competed in the 13th edition of the Indian Premier League (IPL 2020).

Shreyas Iyer also revealed that the grounds given to the Indian team for training in Australia were completely different from the wickets in the stadiums in which the games are being played. In particular, the Indian team was given special permission at the request of the Board of Control for Cricket in India (BCCI) To train at the Blacktown International Sports Park by the New South Wales government when they were completing their 14-day mandatory quarantine period.

“We just came from Dubai. In Dubai, Australia did not have as much bounce. And where we were practicing that there was a very different wicket from one in the match – it was a completely different wicket, ”Iyer said on the third and the day before during a media interaction. Last one day Manuka will be played at the Oval.

He said, ‘It takes some time to adapt to the conditions as a batsman. It is like a challenge. You have to adjust as soon as possible despite the conditions and the atmosphere in the field, ”he said.

Speaking about surviving the 14-day quarantine period in Australia, Shreyas Iyer said it was mentally exhausted to be locked in a room and come out for practice. However, the batsman said that he does not have the right to complain as it is a part of his job as a professional.

“When we came in, the quarantine was really hard. Stayed in the room for 14 days and was only going to practice and coming back. At the same time we are professionals and are getting some games to play, so we cannot complain, ”said Iyer.