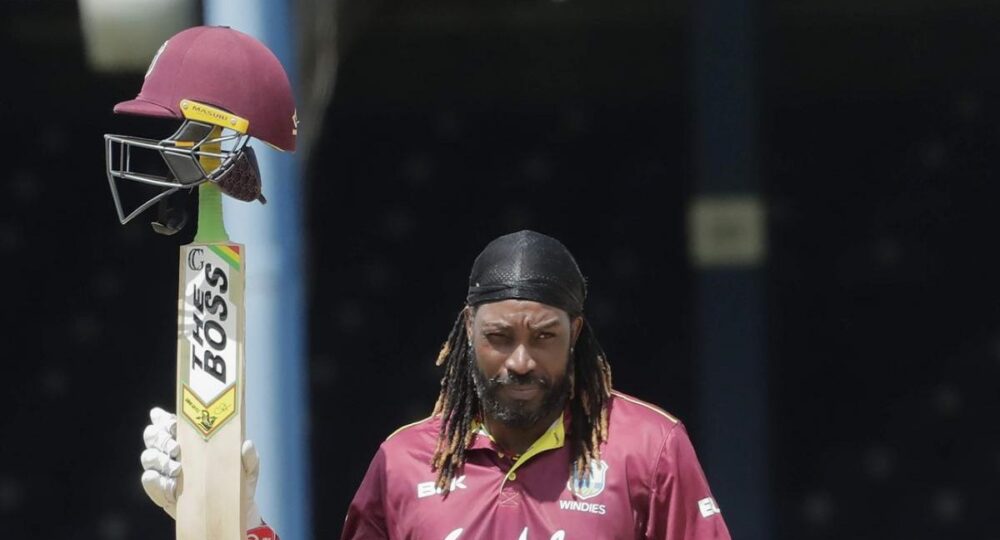 Universe Boss Chris Gayle said “No retirement plans, I believe 5 more years to go, so before 45 no chance for retirement and 2 more World Cup to go” in a recent interview.

He is 41-years-old, but Universe Boss Chris Gayle is in no mood to slow down. Known to give opposition attacks nightmares, the West Indies opener is keen to keep sending bowlers on a leather hunt as he has his eyes set on not just the 2021 T20 World Cup in India, but also the 2022 edition that is to be hosted in Australia.

Gayle was on fire in the 13th edition of the IPL in UAE as he aggregated 288 runs in just seven innings at an average of 41.14 and a strike rate of 137.14. He hit three fifties that included a 99 as he made a late start after missing the first few games in the tournament.

Speaking to ANI, on the sidelines of the ‘Ultimate Kricket Challenge (UKC)’, Gayle said that he still sees himself at the crease battling it out with the best in the business for another five years.

“Oh yes, of course, no retirement plan as of now. I believe that I still have five more years, so before 45 no chance. And yes, two more World Cups to go,” he pointed.

A part of the brand-new gladiatorial cricket series Ultimate Kricket Challenge (UKC), the batsman has stalwarts like Yuvraj Singh, Eoin Morgan, Andre Russell, Kevin Pietersen, and Rashid Khan for the company in Dubai.