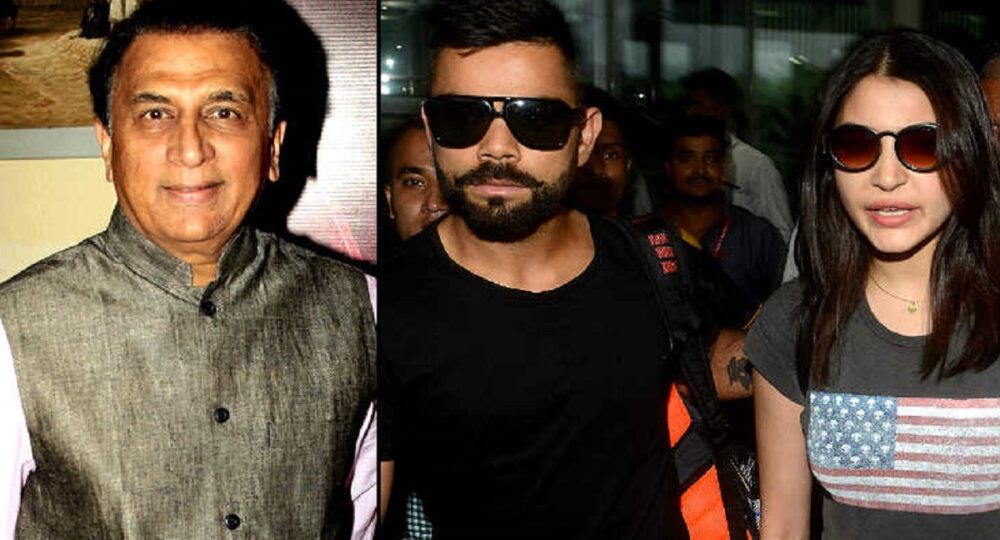 The 6th match of the IPL 2020 was played on Thursday night in Dubai between Virat Kohli’s Royal Challengers Bangalore and KL Rahul’s Kings XI Punjab. There was nothing good for Captain Kohli in this match against Punjab.

Kohli gave up two catches of KL Rahul, who scored the first century and after that he could not perform well with the bat and was dismissed by scoring just one run.

The legendary Indian batsman Sunil Gavaskar, a member of the IPL commentary panel, was commentating in this match. During this time, he said something that caused him to become mired in controversy.

Reacting to Gavaskar’s comment, Anushka Sharma responded saying, ” Mr. Gavaskar your message is distasteful is a fact but I would love for you to explain why you thought of making such a sweeping statement on a wife accusing her for her husband’s game? I am sure over the years you have respected the private lives of every cricketer while commentating on the game. ”

Sunil Gavaskar did not use double entendre