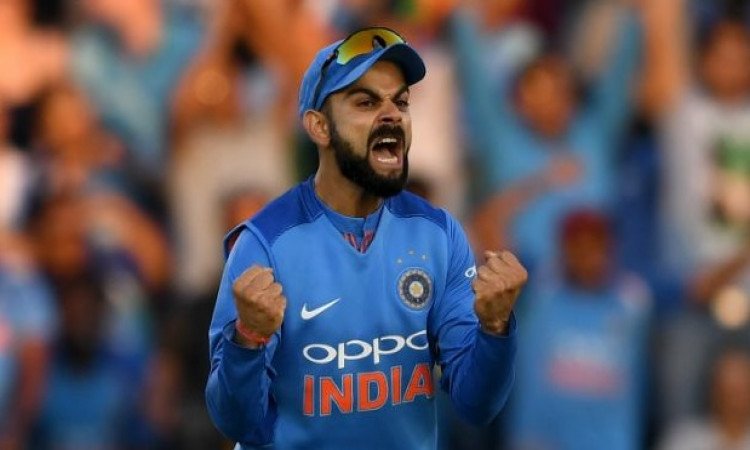 Virat Kohli, the Indian batsman always looks charged up when he takes the field donning the national jersey. He is one of those players that never back down in any critical situation of the game. And, his main goal is always to win games for his country. There is no doubt that he is an idolizing figure for all the other young players in Men in Blue. Also, Shreyas Iyer feels the same, as he heaped praise in a recent interaction.

Kohli took captaincy from MS Dhoni across all the formats and handled it quite responsibly. On the majority of the occasions, he has given standout performances as a skipper as well as a batsman. In an interaction, Iyer said that it is always great to have a captain like Kohli. He added that Virat Kohli is an amazing athlete and the youngsters can learn a lot from him. The young Indian batsman also compared his captain to a Lion when the latter takes the field.

“It’s a phenomenal feeling when Virat Kohli compliments you. He truly is a leader and a role model. His hunger is never-ending, and he’s a relentless athlete. Each time he goes out on the field, it’s like he’s out there for his very first game. He’s like a lion, and there’s so much to learn from him,” Iyer said during an Insta session hosted by Delhi Capitals.

Talking about his own career, Iyer said that he has been playing regularly for the national side for the last one year. He cited that there was a lot of debate going around the number four spot in the team. But, he is pleased to finally cement his place on that position on the back of his convincing show with the bat.

The 25-year-old also mentioned that he is always ready to play at any position in the team. As per him, he is quite flexible and can bat according to the demand of the match.

“If you’ve been playing for India for a year now at a certain position, I think you’ve sealed that spot, no more questions should be asked about it. There was so much debate going on about the No. 4 position for so long, so now it”s satisfying to have cemented my spot. But every player must be flexible, and so am I, and I”m willing to bat at any position depending on what the match demands,” he added.