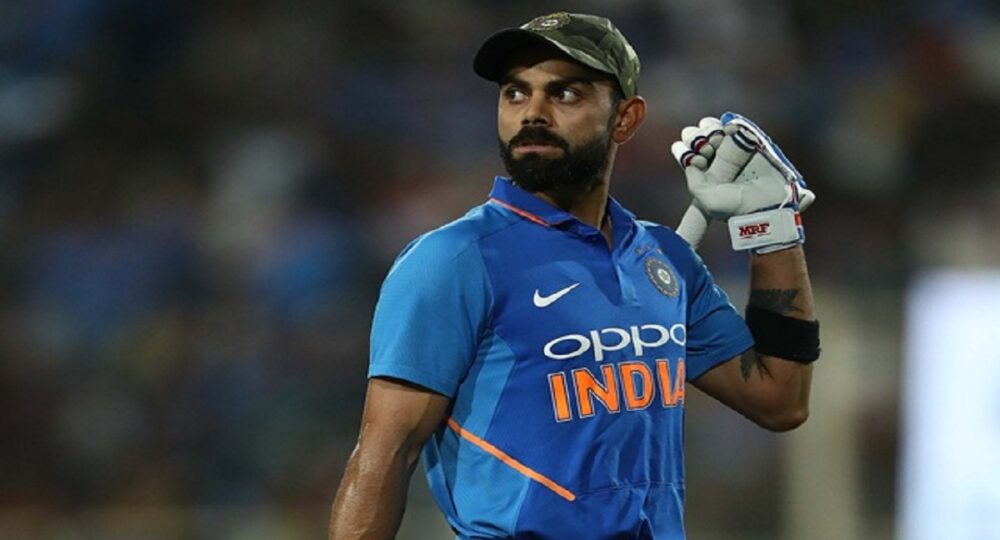 Virat Kohli – The king of Cricket in the World

Find out which player is one of the best batsman in the world and why he is known as the king of cricket in the world now, India's skipper Run Machine Virat Kohli is the new king of world cricket .
imrhjatofficial
2
5660

The King of World Cricket ‘Virat Kohli’ has dominated each country and has made a name of himself as the number one in modern-day cricket. Numbers speak for the greatness of King Virat Kohli.

King Virat Kohli has been trampling and crashing cricket world records with ease for this he’s also known as KING Kohli.

Virat Kohli is the captain of the Indian Cricket team and of the IPL franchise Royal Challengers Bangalore. V Kohli is regarded as the one of the best batsman in the world and is also known as the king of cricket.

Run machine Kohli averages tremendously in each format of the game. In 86 Test matches, he has scored 7240 runs with an average of 53.62 and has scored 27 hundred and 22 fifties.

King of cricket world, Virat Kohli, is also known as chasing master and he averages 98.25 in India’s successful chases along with this he has scored most 20 hundreds while chasing targets 6 hundred better than the God of Cricket Sachin Tendulkar.

Former Australia cricketer Dean Jones believes that time had come for Mahendra Singh Dhoni to take a call on his Test career, and says that Virat Kohli is the ‘new king of world cricket‘ with his recent appointment as Indian Test captain.

Without a doubt, Virat is one of the finest cricketers today and with his temperament and technique, he is capable of concurring more milestones ahead and more accomplishments in his career.

Kohli’s passion towards the game is what makes him the very best among all other competitors and is also the reason why Kohli is known as the king of cricket.

He has proved his skills as a batsman and as a very successful captain too. He is a modern day legend and surely will get down in record books as the greatest of all time.

Virat Kohli has maintained consistency in his performance, having an average of above 50 in all the cricket formats. That is the reason people call him a ‘Run Machine. ‘ Apart from that, he is renowned as ‘King Kohli‘ as he has proven himself the number one in modern-day cricket.

If next time someone ask you who’s the king of Cricket in world , Just say VIRAT KOHLI

So, how did the talented but reckless, brash, chubby and fidgety teenager, an Under-19 find, manage to transform himself into a mature, bearded leader of men and one-of-all-time batting greats? Kohli’s story of transformation shall indeed be a case study.

The man has been brutally honest and has been willing to accept the flaws and constantly improve upon them. He identified the loopholes in his batting and worked tirelessly to plug them. He was willing to listen to the pieces of advice he got from experienced players in a constant quest for excellence.

Who’s the King of Cricket ?

Virat Kohli is regarded as the one of the best batsman in the world currently and is also known as the king of cricket.