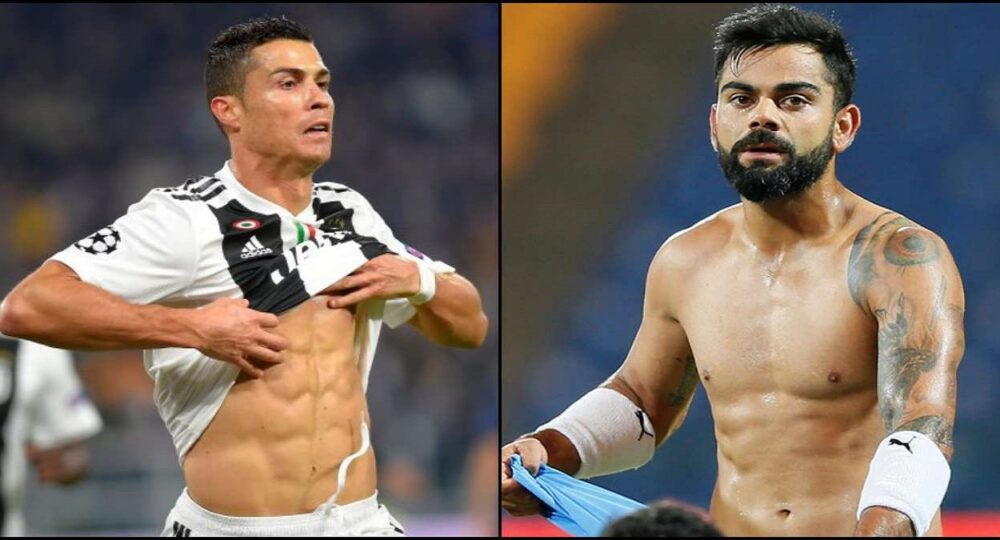 Rumour Alert: Virat Kohli and Cristiano Ronaldo have planned to meet in Manchester after India finishes the 5th test match against England in Old Trafford, Manchester. According to some reports they may meet on the 14th sept night.

The fifth England vs India Test will be played from Friday, 10 September, 2021 to 14th sept.

Virat Kohli had previously stated that he admires Ronaldo’s enthusiasm and determination for the game, as well as his ability to block unwarranted noise.

Both are the Best in their respective fields and are one of the most loved athletes around the world, if they meet the internet will shake up for sure.

The Indian batsman revealed that he is in awe of Ronaldo’s ‘beast mentality’. He also cited the example of a UEFA Champions League clash between Juventus and Atletico Madrid were the Italian club had come back from a 2-0 deficit in the second leg to go through to the quarterfinal.

In conversation with Kohli ahead of India’s 1st Test against England at Trent Bridge, Karthik asked the Indian skipper to shares his views about the neverending GOAT debate between Ronaldo and Messi.

Kohli, who has been a big admirer of Ronaldo explained why he prefers picking the charismatic leader of the Portugal national team over six-time Ballon d’Or winner Messi.

Kohli saluted the individual brilliance of Ronaldo as the legendary footballer is still dominating world football even at the age of 36.