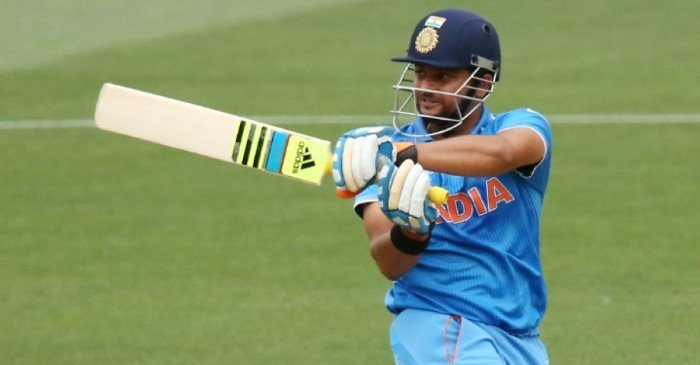 ‘Was having a sandwich when MS Dhoni asked me to pad up during the 2015 World Cup’ : Suresh Raina

The group stage encounter between India and Pakistan at Adelaide Oval, during the 2015 ODI World Cup was a marquee clash of the tournament, with millions around the world watching.

India batted first, and it was Virat Kohli who stole the show on the big occasion. First, he stitched a massive partnership of 129 runs with opener Shikhar Dhawan, who scored a flamboyant 73.

The Men in Blue looked to step on the gas during the last 20 overs when captain MS Dhoni asked Suresh Raina to pad-up and take the assault one notch higher.

Raina, in return, paid rich dividends to the faith entrusted on him with his blistering knock of 74 off just 56 deliveries, smashing five boundaries and three sixes, at a strike-rate of 132.

Virat, at the other end, was unstoppable as he scored a fluent 107 off 126 deliveries, which consisted of eight glittering boundaries.

If the partnership between Dhawan and Virat laid a solid foundation for the Indians, Virat and Raina almost batted the Pakistani team of the game with their entertaining partnership of 110.

“I never questioned his decisions. I remember I was having a sandwich or something during our match against Pakistan in World Cup 2015. Suddenly after 20 overs, he said ‘pad-up’. I padded up. Virat was batting really well, and this happened just a few overs before Shikhar (Dhawan) got run out. I know I got out in the middle, played a few shots and scored 70-80 runs,” said Raina in a YouTube interview.

Dhoni asked Raina to bat ahead of Ajinkya Rahane, who was the designated number four in the Indian batting order.

However, when questioned by Raina regarding his surprising promotion, he revealed that Dhoni believed of him to do better against leg-spinner Yasir Shah, who went for plenty being wicketless in the game.

“After the match, I asked him why did you send me up the order? He said, ‘I thought you would play better against the leg-spinner who was bowling at that time’. He also praised me for my batting. I know I also want to know what goes on in his mind,” added the out-of-favour batsman.

“He was always a step ahead. He used to stand behind the stumps for the entire match, assess the pitch, whether it has turn and swing. He was seldom wrong. I can say he was god gifted,” concluded Raina.
India could not post a mammoth total and only huff and puffed to 300. Moreover, it proved to be sufficient as Pakistan lost the game by a margin of 76 runs.