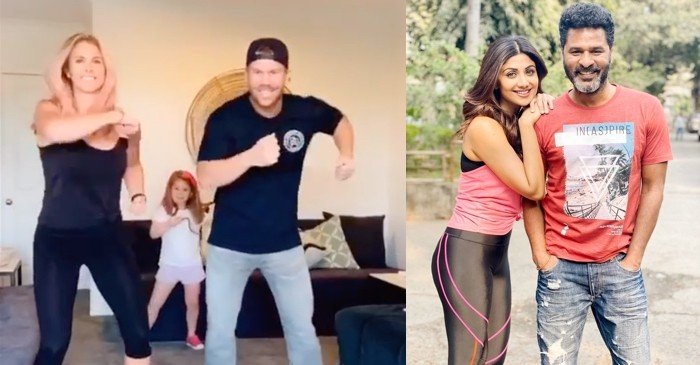 Sharing TikTok videos on his Instagram account has become a part of David Warner”s daily routine, and continuing that trend, the Australian cricketer has uploaded yet another video, this time showcasing his dance skills.

Dancing alongside Warner in the video was his wife Candice, while one of their daughters sneaked in from behind and started doing her moves, taking her parents by surprise. In the video, both Warner and Candice can be seen dancing to the super hit Bollywood song ‘Muqabala’.

Tagging Bollywood actress Shilpa Shetty Kundra in his post, Warner asked India’s dancing legend Prabhudeva to decide who did it better. “Who was better @candywarner1 and The or @theshilpashetty #theoriginals @@prabhudevaofficial,” Warner captioned the video. The video was also posted by Warner’s IPL franchise Sunrisers Hyderabad (SRH) on their Twitter handle.

After successfully enacting the ‘Butta Bomma’ song of Allu Arjun, and pulling off the famous dialogues of Mahesh Babu’s blockbuster movie ‘Pokiri’, Warner had uploaded another fun video on TikTok where he can be seen enacting a dialogue from Prabhas’ super hit South Indian movie ‘Bahubali’ that released in 2015.

Warner was recently appointed as captain of the Orange Army for IPL 2020. However, the 13th season of the cash-rich league has been suspended until further notice due to the outbreak of the novel coronavirus.

“I have five girlfriends in my bag but only 1 in real ...