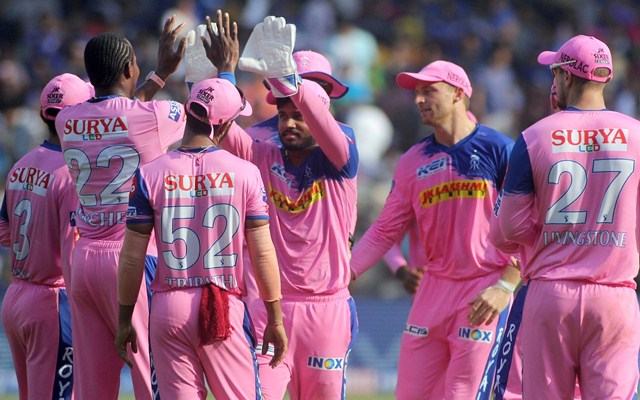 The coronavirus has put all kinds of sporting events to rest at this moment. The Indian cricket has been severely hit by the pandemic as the Indian Premier League 2020 has been postponed. The tournament which was officially going to start on March 29, had to be postponed with the outbreak of coronavirus.

As the entire cricket community as awaits for a decision of the cash-rich league, Rajasthan Royals COO Jake Lush McCrum has assured the fans that the tournament will place this year itself. Speaking at a ‘Royal Fans Meet’ on video-sharing app Zoom, the COO seemed quite confident that BCCI will organise the league at some point in time this year.

According to McCrum, considering his conversations with the BCCI, he is confident that the tournament will take place after the coronavirus has been dealt with. There have been rumours that the board has been eyeing the window of September to November for organising the marquee tournament.

“There are a lot of stories in the press, but what I can say based on our conversation with the BCCI is, they are working really hard to find a solution. They are an agile association and can make it happen. We are confident that IPL will happen this year,” Jake Lush McCrum said.

The COO of Royals also confirmed that there have been discussions regarding the September to November window. He also revealed that nothing is finalized yet. He pointed out that BCCI had organised a season in South Africa on very short notice in 2009. Hence, he is confident that the board will be able to pull off something similar if the situation arrives.

“We are preparing for the September-November window. But nothing has been finalized as of now given the situation at hand. The great thing about BCCI is that they have put together the tournament at very short notice as well in South Africa in 2009, they can do it again,” he added.

In 2009, the second season of the tournament had to be shifted to South Africa. It was done to avoid the clash with the General Elections.

There have been discussions that the cash-rich league could be played without foreign stars. However, Chennai Super Kings have expressed their disagreement with that plan. The Indian government also has allowed having sporting events in stadiums but without crowds.