✕
Copyright © CricEarth 2020.
Wednesday, June 16
Home » News » ‘Why would I need to do with other teams?’ – Rohit Sharma responded to the debate whether he can win the IPL multiple times with any team other than MI. 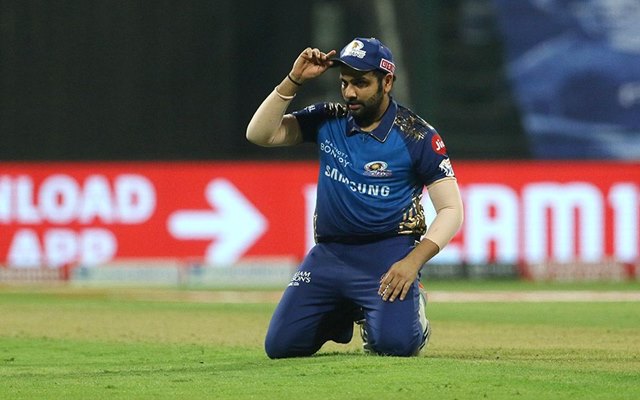 ‘Why would I need to do with other teams?’ – Rohit Sharma responded to the debate whether he can win the IPL multiple times with any team other than MI.

Mumbai Indians (MI) won their fifth IPL title this season under the leadership of Rohit Sharma. Since then, his talk of assuming the captaincy of India in the limited overs format has increased. At the same time, Virat Kohli has not been able to win the IPL even once in eight years, while the Royal Challengers Bangalore (RCB) leadership has also come under question.

For the last few days there has been a debate on whether Rohit Sharma would have won the IPL so many times while leading RCB or for any other team. One of the prominent names raising this question was former Indian cricketer Akash Chopra. However, Rohit has now answered all such things and is not happy at all.

He said that there is no reason to think if he can win the IPL by playing with other teams. Apart from this, the 33-year-old also made it clear that he and the franchise are going out of hand in terms of planning. “Many people, I have heard that he (Rohit) can do with other teams? First of all, why would I need to do this with other teams? There is a certain way that this franchise wants to go and I also want to go in the same direction as a player and leader, ”he was told by Outlook.

MI does not believe in chopping and change, emphasizes Rohit Sharma

Rohit Sharma praised the franchise for trusting the team every time on the field. MI now has a solid core and those players have been playing for them for 4 years now. Even in the mega auction, the franchise managed to maintain or use RTM cards for them. The most experienced player, Kirron Pollard, Is part of the team since the 2010 season.

Did this team go well overnight? No, it is just that it does not believe in cutting and replacing the franchise. And every player (2011) including Rohit Sharma was available in the auction. Bus MI picked up and believed in building a team, ”added Rohit.

Rohit Sharma shared an update on his hamstring injury ahead of the ...