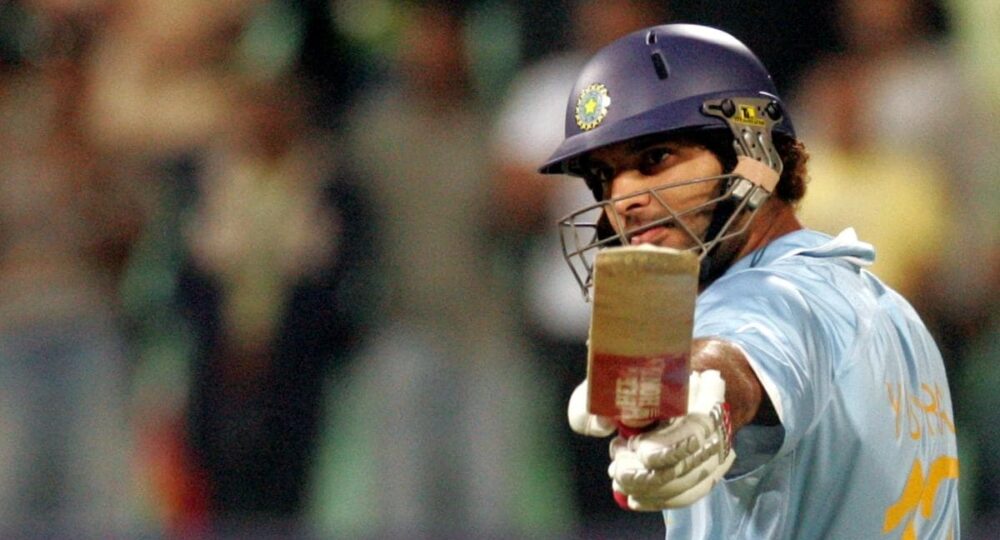 “I had hit Flintoff for two boundaries on good deliveries, and he did not like it. And after that over, when I was walking to the other end.”

” I can’t repeat exactly what he said. He told me that those were some ridiculous shots. So I asked him what did he say and had a confrontation,” Yuvraj told Vikrant Mehta of Sports Tak.

“I will cut your throat off,” said Flintoff to Yuvraj. To which the Punjab swashbuckler replied by saying, “You see this bat in my hand. Do you know where I am gonna hit you with this bat?”

It was during the altercation with Flintoff which ignited the will of sending every ball over the ropes for Yuvi.

“So the umpire interrupted us, but I was very pumped after that argument, and I had decided that I have to send every ball out of the park now. Luckily it was my day,” concluded Yuvraj.

Later that night, Yuvraj walked away with the man of the match award. He still holds the record of smashing the quickest half-century in T20I cricket, with a 12-ball fifty.

Yuvi that day scored 58 runs off 16 balls in the match, with the help of seven sixes(6 of them came in 1 over) and three fours