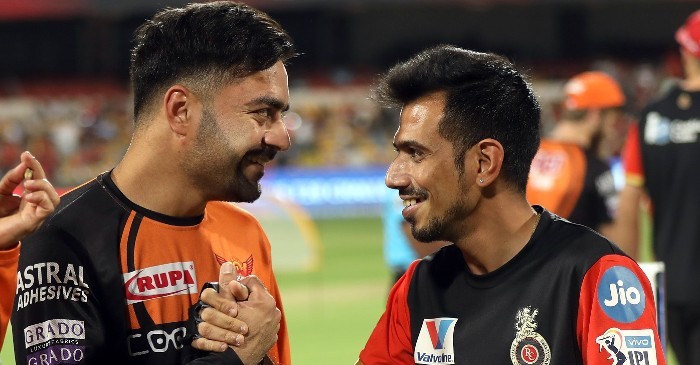 Two of the current finest wrist-spinners, Rashid Khan and Yuzvendra Chahal , during a recent interaction on Instagram picked their India-Afghanistan Combined XI

Rashid had no hesitation in picking the lethal opening combination of Shikhar Dhawan and Rohit Sharma who have dominated the cricket world in the last few years, facing the new ball.

At number 3, Rashid made the most obvious choice of Virat Kohli, the best batsman in the world in cricket currently.

Following Kohli, the aghan star opted for teammate Rahman Shah, who has been ever-consistent for his country in the 50-over format.

The middle order of the combined XI comprised KL Rahul and MS Dhoni. Chahal prescribed a rotational policy for the all-rounders’ slots, between Hardik Pandya and Mohammad Nabi.

Both the Pandya and Nabi have been the important all-rounders for their respective countries for a substantial period of time by now.

The bowling lineup consisted of an Indian pace attack, namely, Jasprit Bumrah and Mohammad Shami; and Afghan spin attack consisting of Mujeeb-ur Rahman and Rashid himself.

Later, Chahal and Rashid came to an agreement of bowling five overs each, sharing their quota of overs.