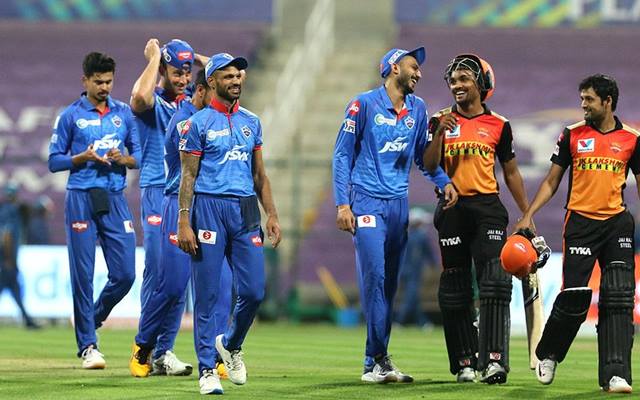 Indian Premier League 2020 qualifier 2 saw action between Sunrisers Hyderabad and Delhi capitals. Both teams tried by hook or crook to reach the final but in the end it was Delhi. DC won the game by 17 runs. Batting first, DC scored 189 runs on the board, with Marcus Stonis (38 for 27) and Shikhar Dhawan (78 out of 50) handling the team’s innings in the most effective manner.

Stoinis was named as the player of the match as he delivered his stunning all-round action to uplift DC. The rest of the work was done solely for DC by Shimron Hetmeyer, who scored 42 * off 22 balls. Rashid Khan was not at his best, but still maintained a good economy by taking a wicket for SRH.

Captain chasing big target in Abu Dhabi David warner Failed to save the team with his bat. Only Kane Williamson (67 for 45) and Abdul Samad (33 of 16) showed intention to push the team over the line. However, his efforts fell short of the big goal. Kagiso Rabada came up with his usual class and took a brilliant four wickets to his name. Stoinis was also shining in the bowling area, as he took three wickets to go to Delhi.

First and foremost, nobody gave us a chance in the beginning. Mumbai has a great team, Delhi too and RCB, but I am proud that we are there today. Natarajan is a discovery of this IPL, and he is outstanding. Rashid has been amazing, and so has Manish Pandey at number 3. From a holistic point of view, it has been very good. I would like to thank all my supporters at home. The main thing in the field is attitude. You can’t win if you don’t catch, therefore, we have to do a lot better next time – that’s what will disappoint us in this tournament – attitude on the field. Major players like Saha and Bhuvi have been difficult, but the rest of them have excelled in their roles so that we have got today. Fans are very loyal, I saw a picture of a bridge being lit today. Hyderabad is our second home, and the franchise owners are like a family. Hopefully after that we can play IPL in India next year and perform better.

best feeling ever. The journey has been a rollercoaster. End of the day we stayed together as a family. I am very happy with the efforts that everyone has made. I have been taught many things. Being a captain comes with a lot of responsibility. But there has been support from coaches and support staff. The team over him has been so special. Really lucky to have such an amazing team. Emotions keep getting higher and lower, so you may not have a similar set of routines. Keep cutting and change. Hopefully in the next game too, we will be able to play openly against the biggest MI team. Were going at 10rpo, but we know Rashid could be fatal in the middle. The plan was not to give him a wicket. The initial partnership was lacking. Needing a rocket start, we thought he could give us a good start if he goes and plays maximum deliveries.

In the BBL he did it for a few seasons (for opening batting) so it was good to get a chance. Never know if it’s going to happen as quickly. It was swinging quickly. Therefore, it was noticed a little before the crack. Have played a lot of IPL, but this is my first final. It is tough with quarantine, but silverware is a good inspiration. MI is a very good team. Have played continuously. But they are due to an off game. To win our best cricket must be good enough. It was a really good wicket. My thought process was to change my grip and see what I am doing off the wicket and change my strategy with wide yorkers and slow balls.